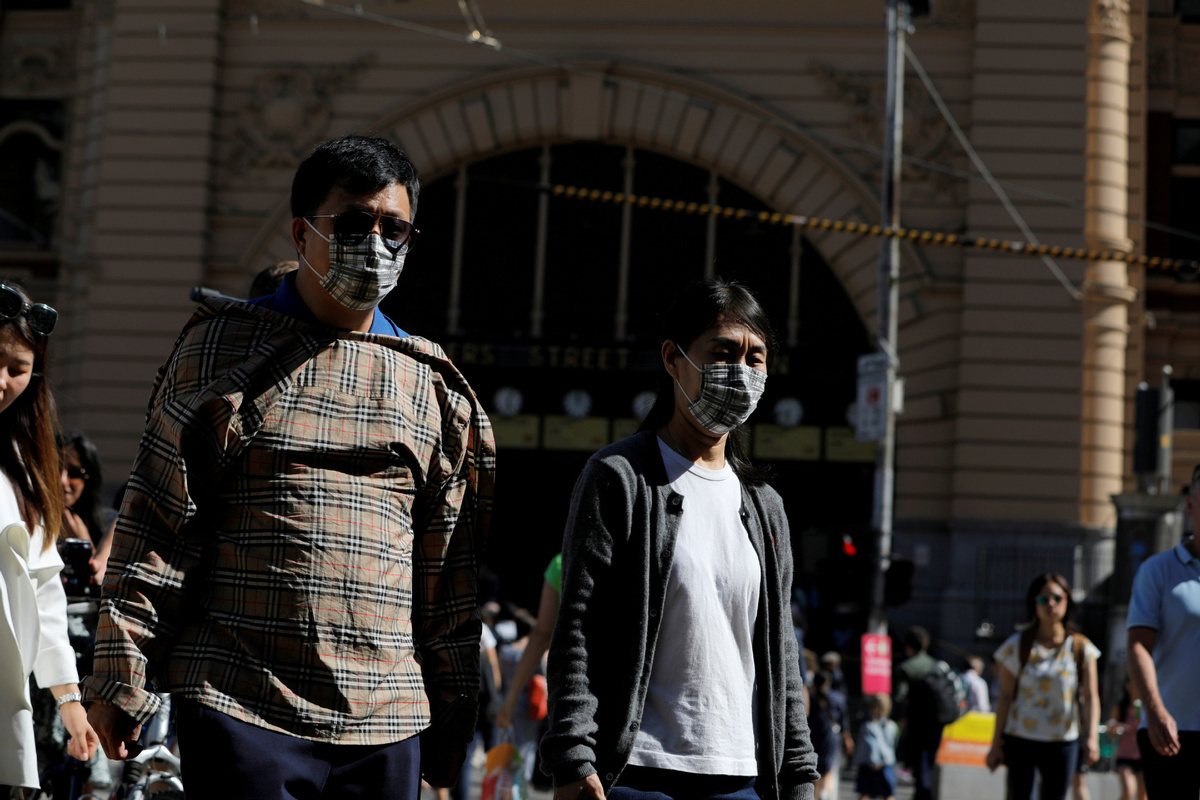 SYDNEY - The Australian state of Victoria has taken a step back from easing COVID-19 restrictions scheduled for Monday, after recording a spike in new infections.

The state recorded 16 news cases on Monday, which followed six straight days of double digit growth, including more than 40 new cases over the weekend -- the largest increase for Victoria in two months.

Health officials urged residents in six affected regions to stay at home, despite the public looking forward to new levels of freedom which were granted across much of the country, including in the neighbouring State of New South Wales (NSW).

On Sunday Victorian Premier Daniel Andrews announced that plans to allow family gatherings and increase the capacity of bars and restaurants had been scrapped, and that tighter regulations would remain in place until July 12.

While operations such as gyms, cinemas and theatres were able to reopen, it was with a 20 person capacity, rather than the 50 person limit which was supposed to come into effect on Monday.

Andrews blamed the jump in infections on a sense within the community that the risk from the virus was over, prompting large family gatherings to take place which led to a surge in local transmissions.

"I want to make it really clear that we have seen some families who have not done as they have been asked," Andrews said.

The jump in cases in Victoria has threatened plans to reopen domestic borders within Australia, with other state leaders watching the outbreak closely to determine the potential risks.

State Premier of Queensland Annastacia Palaszczuk, who has been a hold out in committing to reopen state borders, said that a formal decision would have to wait until at least Friday when the National Cabinet meets.

"There is a lot of active community transmission happening in Victoria," she said.

"There were some 40 new cases over the weekend (and) they have 108 active cases. Everyone is concerned."