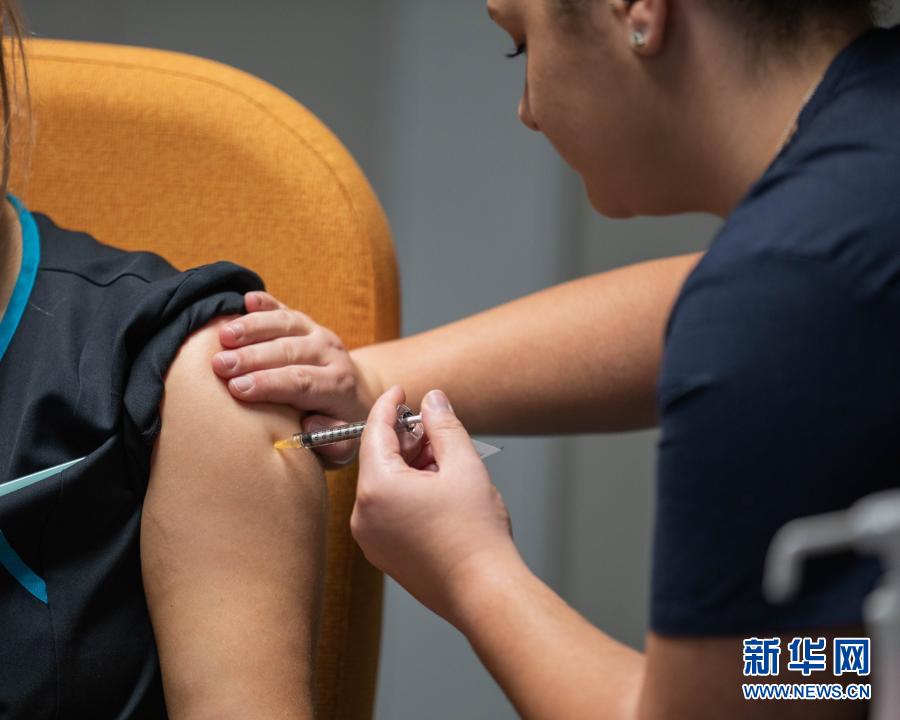 SYDNEY, March 1 (Xinhua) -- After first week of COVID-19 vaccination jabs, Australian states continued to roll out vaccination despite concern over supply issues and information sharing between the federal and states.

Premier of the most populous state New South Wales (NSW) Gladys Berejikian told a press conference on Monday that the state is ready and waiting for more doses.

"We are ready to make sure we get the doses to the community as soon as possible. Our team has been rehearsing this process for many weeks. Our team is ready. They stood up. All we need is the doses," Berejiklian said.

"I am looking forward to receive the AstraZeneca vaccine when it is available. This is an important step for us than anything else to our returning to the normal state," Berejiklian said.

From March 15, five major vaccination hubs and 99 regional satellite sites will open progressively across NSW to help the vaccine rollout.

These vaccination hubs and satellite sites will initially focus on frontline healthcare and border workers, and will eventually be followed by a wider rollout of the vaccine to the general public through the GP network.

In the state of Victoria where the second largest city Melbourne locates, nearly 4,000 doses of the Pfizer vaccine have been delivered at local hospital vaccination hubs during the first week. The state anticipated that over 40,000 doses would be delivered over the first four weeks of the program in Victoria.

"The vaccine is safe, effective and free, and it's fantastic to see thousands of Victorians have already been vaccinated as part of the slow and steady rollout," Victorian Health Minister Martin Foley said.

Australia started the vaccination program in the past week with the first phase of the program involved residents and staff in the aged and disability care, border and quarantine hotel workers and people in the frontline healthcare roles.

At the end of Friday last week after four full days of operation and last Monday as a setup day, almost 30,000 Australians had been vaccinated, according to the federal health department.

As vaccination program entered the second week, there were concerns the country was still facing supply issue.

In a recent submission to the federal government, the Australian Academy of Science (AAS) warned that Australia and the surrounding region would remain vulnerable to supply limitations unless onshore vaccine manufacturing capabilities were improved.

Under Australia's rollout program, Pfizer's mRNA vaccine will be imported and administered first, followed by AstraZeneca's vaccine based on a different technology, 50 million doses of which will be manufactured domestically by biotechnology company CSL.

A statement from the company in early February said the final stages of manufacturing of the AstraZeneca COVID-19 vaccine were planned to commence soon, with first doses on track for release towards the end of March, subject to approval by the Therapeutic Goods Administration (TGA).

States also urged the federal government to share more information with regard to the vaccine supply and storage.

"This is the issue: we would like to know as soon as possible how many doses NSW is receiving," said Berejiklian.

"Our teams are ready and willing to step up and increase our capacity, but we'll just need to know exactly how many doses we're getting beyond week four."

Foley also called for more transparency from the federal government after report saying more than 120 doses of Pfizer's vaccine were thrown out after a possible storage error at a nursing home in Melbourne.

"We were quite disturbed to hear that there had been cold chain breaches that saw this very precious Pfizer vaccine essentially wasted," he said.