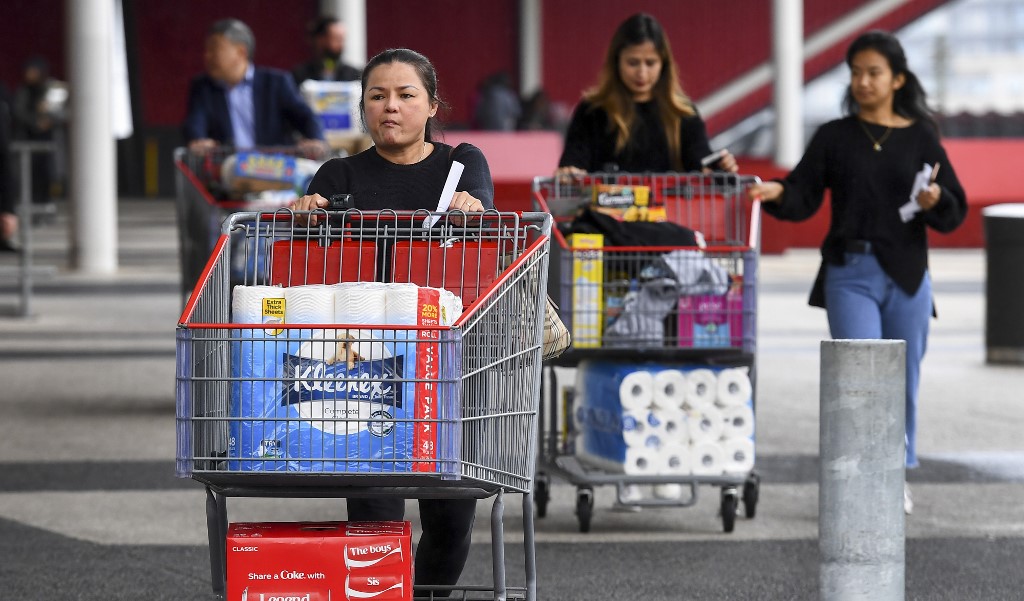 People leave a Costco warehouse with rolls of toilet paper amongst their groceries in Melbourne on March 5, 2020. (Photo: AFP)

A fight over toilet paper in an Australian supermarket on Saturday prompted police to call for calm after the latest violence sparked by coronavirus-induced panic buying in the country.

A video widely shared online shows three women pulling each other's hair and screaming as they struggle over a large pack of the highly sought-after commodity in the aisle of a grocery store in Sydney. 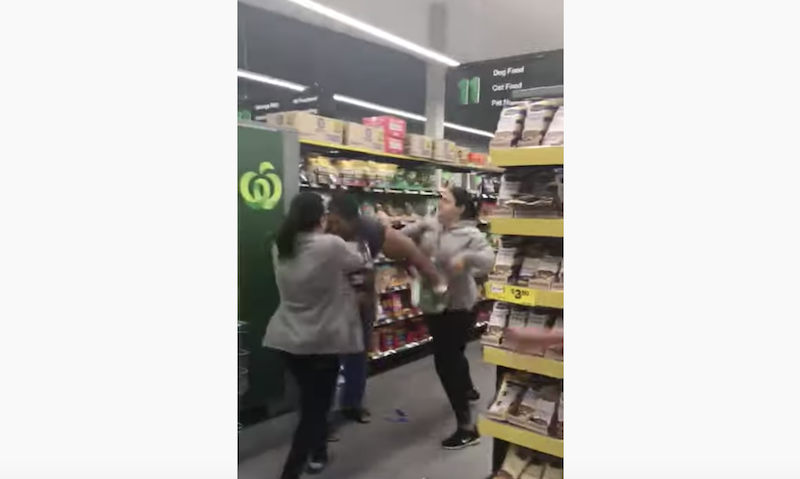 "I just want one pack!" one of the women screams as two others guard a trolley stacked high with rolls.

Two staff members intervened to break up the scuffle and police were called but no one was arrested.

"It's not the Thunderdome, it's not Mad Max. We don't need to do that," Acting Inspector Andrew New from New South Wales police told reporters, referring to the post-apocalyptic action films.

The incident comes after police tasered a man involved in a scrap over toilet rolls in the NSW town of Tamworth.

Police were also called to a shop in Sydney when a knife was drawn in a tussle over the scarce product.

"Pls STOP! Calm common sense would tell us if some individuals were not buying excessive numbers of toilet rolls... there would be no problem," NSW Health Minister Brad Hazzard tweeted Saturday with a photo of bare shop shelves.

Supermarket chains have started rationing sales of toilet paper and assured customers there is no shortage.

Australia has confirmed more than 70 cases of the new coronavirus that has infected more than 100,000 people worldwide.

One of the latest cases was a doctor in the southeastern state of Victoria who recently returned from the United States. He treated about 70 patients despite having symptoms of the virus.