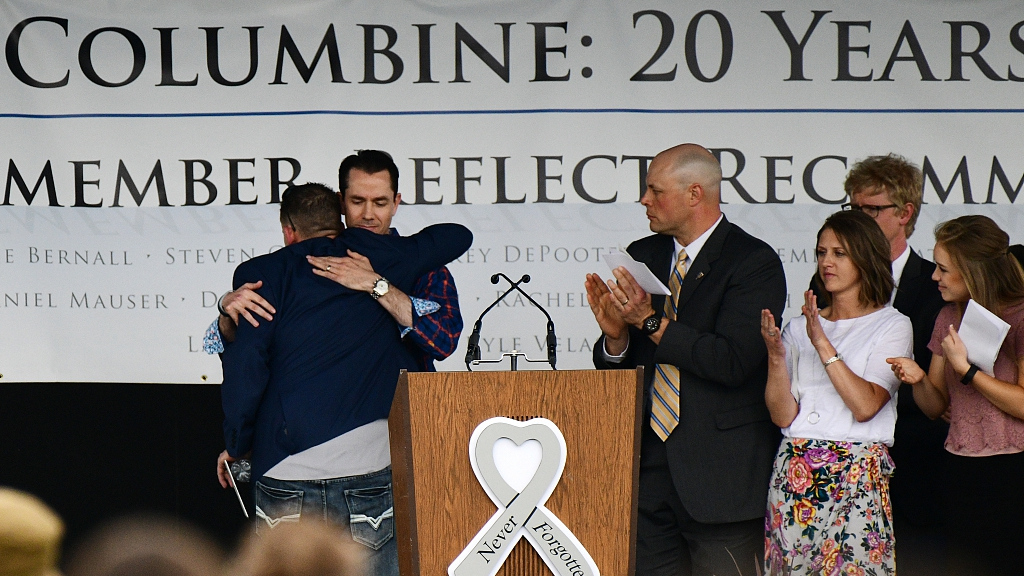 Austin Eubanks, who survived the 1999 Columbine school shooting and later became an advocate for fighting addiction, was found dead at his Colorado home.

Eubanks's body was discovered on Saturday and there were no signs of foul play, Routt County Coroner Robert Ryg said.

A Monday autopsy was planned to determine the cause of death.

Eubanks was shot in the hand and knee in the Columbine attack that killed 12 classmates and a teacher, including Eubanks's best friend.

He became addicted to drugs after taking prescription pain medication while recovering from his injuries. Eubanks told the BBC in 2017 how the attack led him to drug addiction.

"I was medicated on a variety of substances that were intended to sedate and to relieve pain," he told the BBC. "I became addicted before I even knew what was happening."

Eubanks later worked at an addiction treatment center and traveled the US telling his story and working to improve addiction recovery and prevention.

Eubanks's family said in a statement that he "lost the battle with the very disease he fought so hard to help others face," local TV station KMGH reported.

The family added: "We thank the recovery community for its support. As you can imagine, we are beyond shocked and saddened and request that our privacy is respected at this time."

The Columbine High School shooting took place 20 years ago, in which two students killed 12 fellow pupils and a teacher. They then killed themselves.

It was the deadliest school shooting in US history at the time.