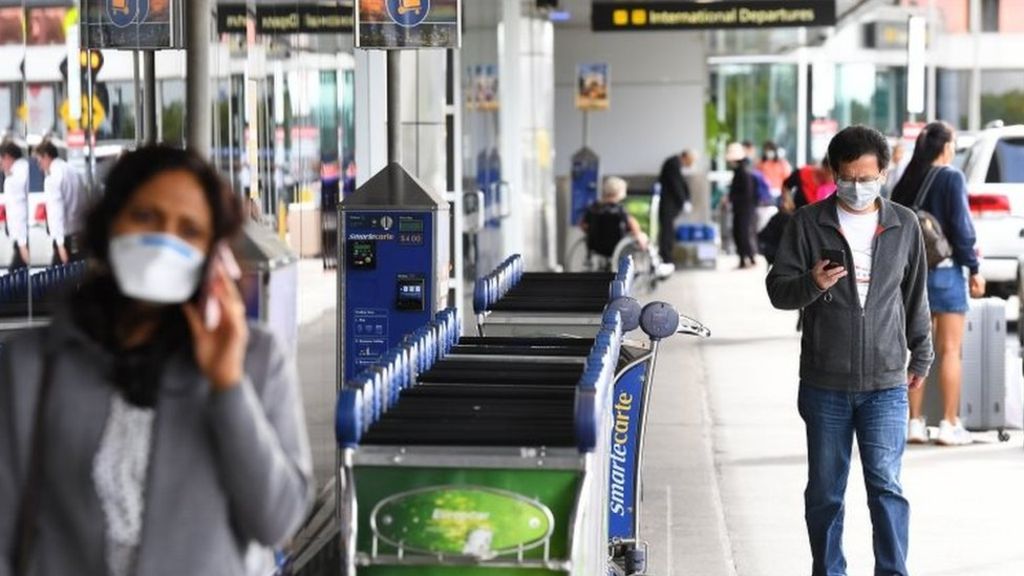 As of 6 a.m. local time on Wednesday, there have been 5,956 confirmed cases of COVID-19 in Australia, according to the country's Department of Health. It represents an increase of about 2 percent from 5,844 cases as of Tuesday morning.

The death toll has risen to 50 and approximately 300 patients are being treated for the virus in hospitals - less than 40 of who are on ventilators.

It marks the third consecutive day that the number of cases has increased by less than 3 percent.

However, Hunt said on Wednesday that the number of cases could spike significantly if Australians disregard social distancing rules over the upcoming Easter four day weekend.

"This Easter is the time where we can lock in the gains we have made as a country. The virus does not take a holiday," he told reporters.

"And when I say that, what that means is that now is the time, even in the greatest challenge, to stick to what we have been doing as a country."

More than 313,000 tests for the virus have been conducted in Australia, with approximately 1.9 percent returning positive results - figures that Hunt said put Australia at the "global forefront."

Hunt announced on Wednesday that the government has acquired an additional 11 million facemasks.

Seven million will be distributed to hospitals, 2.3 million to the primary health network including General Practitioners and 1.7 million to aged care workers.

He was joined by Tony Bartone, the president of the Australian Medical Association, and Michael Kidd, Australia's deputy chief medical officer, who urged Australians to keep seeing their GPs for medical conditions not related to coronavirus.

"If Australians neglect their care during this time, all we are going to do is shift an enormous burden of care many, many months down the road," Bartone said.

"With worse outcomes, more complications, more morbidity, and indeed many Australians will lose their life to preventable conditions."