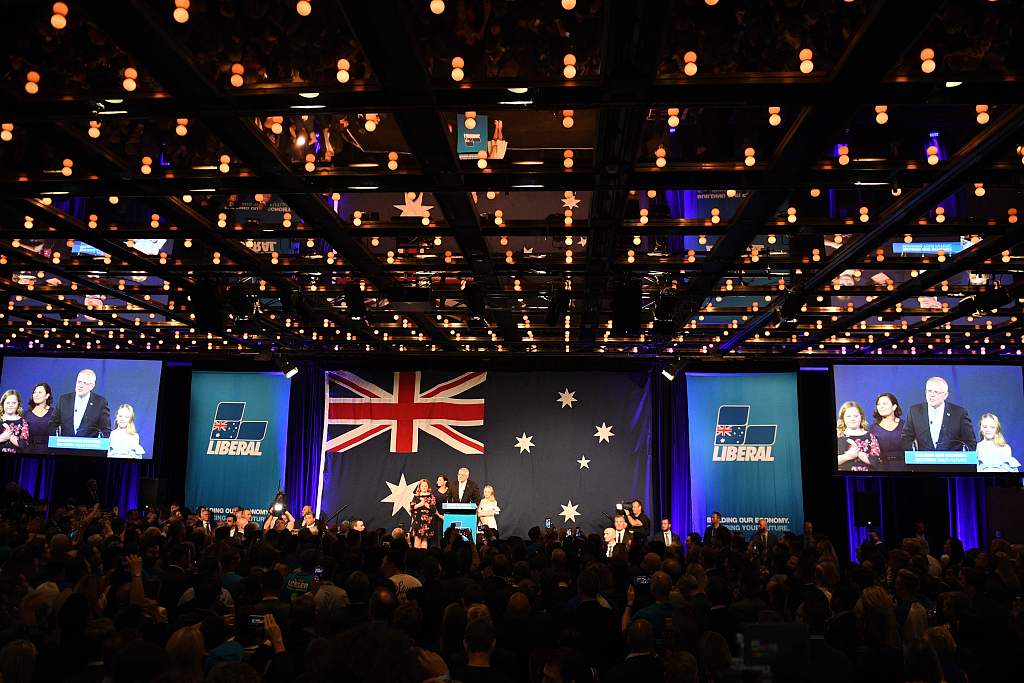 The failure of opinion polls to tip a conservative win in Australia's elections has raised questions about their credibility just years after similar errors in forecasting Brexit and Donald Trump's victory in the US.

The polls showed a slight tightening between the two main parties with Labor ahead roughly 51-49 just before the election.

The tentative result, pending final results from the Australian Electoral Commission, shows the coalition instead ahead 51-49 on Monday.

"Why did we have such an amazing sequence of polls in a row that all got the same (results)?" Australian polling analyst Kevin Bonham told AFP of the years of polling that pointed to a Labor victory.

Most media routinely rely on polls -- surveys of hundreds, sometimes thousands of voters by phone or online -- to flag political trends and tip the leading candidates.

But question marks were raised about their accuracy in 2016 after the failure to forecast Britain's vote to leave the European Union and Donald Trump's triumph in the US presidential election.

In Australia, political polling has had a good record, and is so closely followed in Canberra that a string of prime ministers were dumped by their own parties over the past decade over poor showings in surveys.

But with voters ditching landlines, it is become more difficult for pollsters to collect an accurate representative sample of the electorate.

Bonham said signs polling was becoming less accurate had emerged at the state level, particularly ahead of regional elections in Victoria state in November which failed to capture a strong swing to the incumbent Labor government.

"It's become increasingly harder to actually just find where a telephone number is and therefore design an efficient sample," Martin O'Shannessy, the ex-chief of major Australian pollster Newspoll, told AFP.

"This is being faced by the whole research industry and what we are seeing is the tip of the iceberg."

Pollsters have also turned to cheaper forms of collecting opinions, such as robocalls and online surveys, which experts say are significantly less accurate.

O'Shannessy said the key problems that emerged from the polls of the 2016 US elections were similar.

"The good quality polls, which did the best job that they could have sampling... and used human operators, generally got the answer right. However they were only 12 percent of all the polls," he said.

"The other 88 percent were online (polls), robopolls... the average error for those polls was five percent and the biggest error was 10 percent."

One alternative method of sampling voters has been through social media.

He told news.com.au he was successful as he had used large sample sizes -- some two million "relevant" tweets from around half a million accounts.