Australian Home Affairs Minister Peter Dutton is warning human smugglers and people seeking to enter Australia by boat not to do so, emphasizing that the government continues to enforce the country's tough border protection policy. 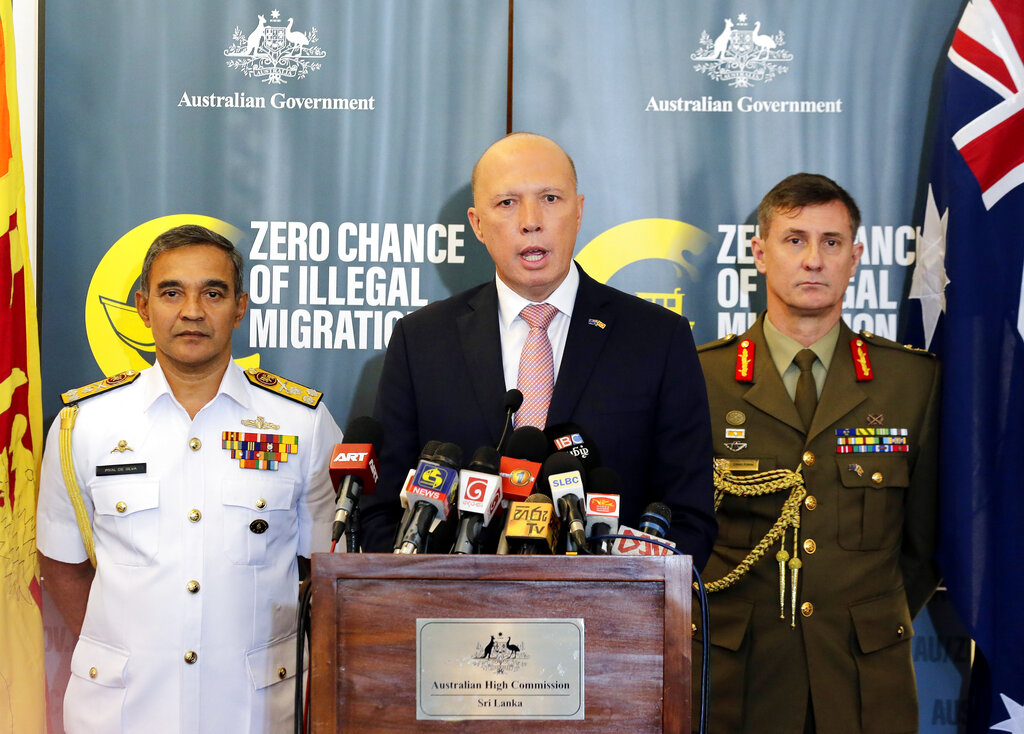 Dutton is on a two-day visit to Sri Lanka and holding talks with his counterparts and other officials on measures aimed at deterring human smuggling.

His visit comes a week after Australia sent back 20 Sri Lankans who tried to enter Australia by boat and after Sri Lanka's navy separately arrested another 41 in a boat heading to Australia.

Dutton noted Tuesday: "We have just seen an uptick in activity in the last month.

He warned smugglers that Australia will not allow them to "get back to business."