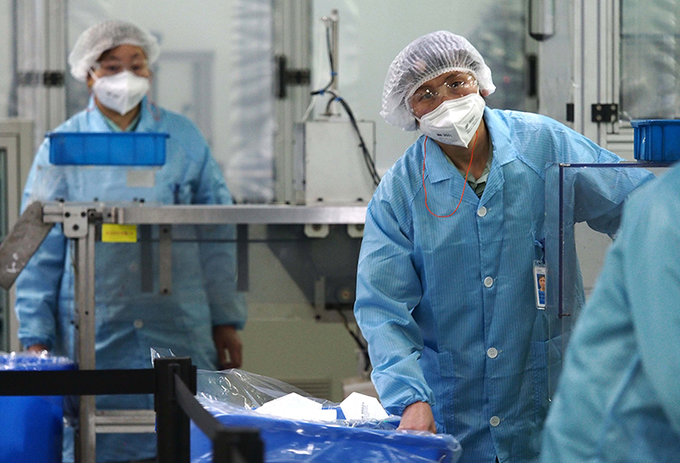 CANBERRA, April 8 (Xinhua) -- Australia's Finance Minister has warned that the nation's medical stockpile has been "somewhat exposed" to international shortages amid the COVID-19 pandemic.

Mathias Cormann on Wednesday called for the government to reconsider its approach to stockpiling medical supplies in order to be better prepare for future crises.

"Some of the personal protective equipment, when there is global competition and strong global demand for access to these products, then obviously we were somewhat exposed," said he.

"(Health Minister) Greg Hunt did an outstanding job with his team in securing masks and other protective equipment but it was a challenge."

Health authorities earlier in April urged regular Australians not to wear face masks, citing concerns about the short supply of masks in the health care system.

Cormann was speaking ahead of Parliament re-convening for a single day on Wednesday to vote on legislation for the government's 130 billion Australian dollar (79.7 billion U.S. dollar) wage subsidy scheme.

Addressing Parliament before debate on the legislation began, Prime Minister Scott Morrison praised Australians for successfully slowing the rate of COVID-19 infection but said that the nation still has a long way to go in fighting the virus.

"Through the actions we have taken to date, we have bought valuable time, to chart a way out over the next six months. But there are no guarantees, and it could well take far longer," he said.