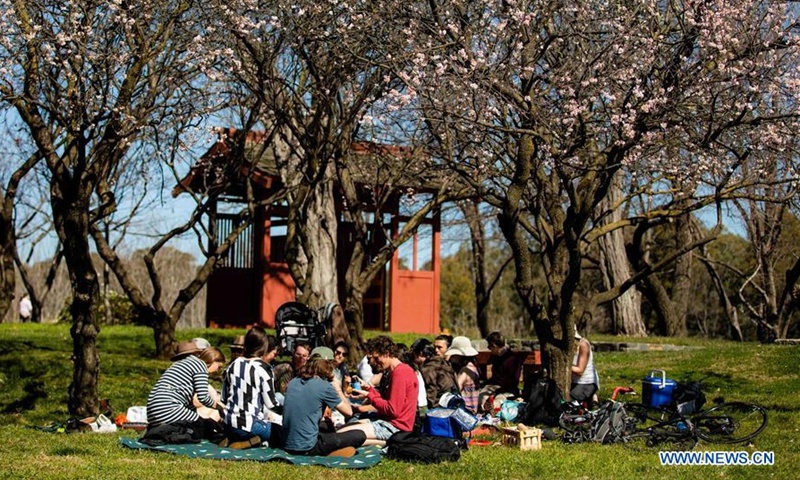 With some hawkish Australian politicians ready to sacrifice the country's education sector for their geopolitical purposes against China, industry observers are warning of an "all-round blow" to Australia.

China has remained the largest contributor to Australia's international education industry, but the border closure caused by the COVID-19 pandemic, rising anti-China sentiment in the country, and the worsening bilateral political climate are discouraging Chinese students from going to Australian campuses.

Australian universities have openly voiced their difficulties, such as budget deficits and heavy job cuts amid the pandemic, but Australian Ambassador Arthur Sinodinos in the US has fueled China-Australia tension, boasting that Australia is ready to bear the economic cost of standing up to China, The Australian newspaper reported on Tuesday.

When hawkish Australian politicians brag that Australia is ready to bear the economic risks to its dealings with China, they betray Australia's own national interests as they ignore the fact that losing the Chinese market would only "inflict an all-round injurious impact on Australia's economy and its people's wellbeing,' Chen Hong, a professor and director of the Australian Studies Center at East China Normal University, told the Global Times on Wednesday.

To serve Washington's geopolitical interest, those politicians would rather risk the partnership with China and weaponize China-Australia economic and trade activities, Chen said, adding that China has never been a rival of Australia.

To lose the lucrative Chinese education market, Australia would face at least a $27.26 billion hit, causing waves of layoffs and economic deficits, the Global Times learned. Data from the Australian Department of Education showed that the number of Chinese students in Australia accounted for 27.3 percent of the total in 2019, contributing about one-third of the country's total international education income, or about 184.7 billion yuan ($27.26 billion).

Some Chinese students in the country reached by the Global Times said that Chinese students pay an average of about 35,000 Australian dollars (US$25,000) in tuition fees per year in Australia, as well as some $35,000 in housing and living expenses per year.

The revenue from Chinese students not only has provided support to Australia's education boom, it has also fueled the prosperity of real estate and luxury goods in places where universities are located, educational observers said earlier. Chen said that the revenue loss would hinder the universities' teaching, research and infrastructure projects as well.

Hainan Airlines also said that apart from chartered flights to the UK, it has no other plans for universities in other countries.

The RMIT University and the Australian National University are expected to raise their layoff targets by more than 50 percent, while other universities, including the University of New South Wales, have stated that they will switch to mandatory layoffs after voluntary redundancies failed to bring sufficient savings, a  Chinese overseas study agency in Australia reported, citing data from the Australian Financial Review.