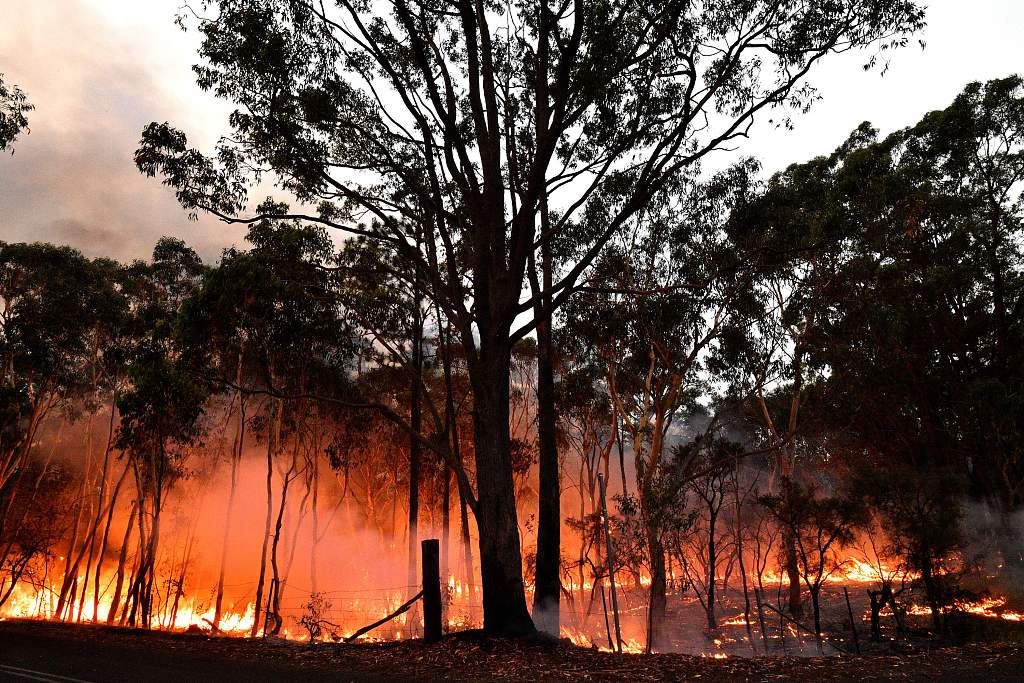 This photo taken on December 7, 2019 shows firefighters conducting back burning measures to secure residential areas from encroaching bushfires at the Mangrove area, some 90-110 kilometres north of Sydney. (Photo by VCG)

With Sydney and several other cities again cloaked in thick toxic smoke from blazes cutting through inland forests, firefighters warned of a difficult day ahead.

By early Tuesday, there were already nearly 100 bushfire incidents in the state of New South Wales alone and dozens more in Queensland.

The New South Wales rural fire service said they expected "severe conditions where embers can be blown ahead of the fire into suburbs and threaten properties."

Total fire bans were put in place across much of the east of the country and in large parts of western Australia.

Temperatures in some inland areas are expected to ease past 40 degrees Celsius (104 Fahrenheit).

To the northwest of Sydney, several fires already burning for weeks have combined to create a "megafire" that has already destroyed 319,015 hectares (788,000 acres) of land, mostly inside national parks.

In the country's largest city, visibility was down to a few hundred metres (yards) and ailing residents were warned to stay indoors.

"Westerly winds have pushed smoke toward the coast. Smoke has settled over the city of Sydney. It will continue to linger until temperatures rise later in the day."

Bruce Baker -- an 82-year-old who lives in Gosford, north of Sydney -- said he was skipping his daily morning walk because of the smoke.

"This is the worst it’s been, for sure," he told AFP. "It dries your throat. Even if you're not asthmatic, you feel it."