Authorities warned the flooding disaster on Australia's east coast is "far from over" as thousands more residents were put on evacuation alert Tuesday and volunteers rescued hundreds from rising floodwaters. 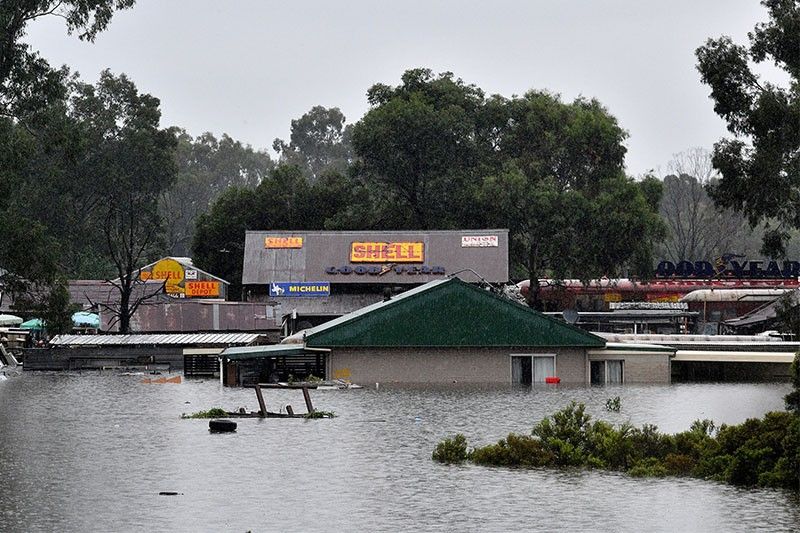 Torrential downpours have been lashing Australia's southeast for days, causing rivers in Australia's most populous state, New South Wales, to reach peaks not seen in decades.

A fresh deluge overnight into Tuesday has caused worsening conditions, as communities on Sydney's northwest outskirts were poised to abandon their homes to the rising waters.

"As we advised yesterday about 18,000 people have been evacuated and regrettably we now have warnings for an additional 15,000 people that may need to be evacuated," state Premier Gladys Berejiklian said.

Just over 12 months ago the region was parched: suffering prolonged drought, water restrictions and unprecedented bushfires.

Emergency services have responded to more than 10,000 calls for help during the floods so far and carried out about 850 flood rescues.

Scientists have warned Australia can expect more frequent and more extreme weather events as a result of climate change.

So far, no fatalities or serious injuries have been reported. Homes and businesses have been inundated but insurers say it is too early to estimate the damage bill.

The Bureau of Meteorology tweeted overnight that "unfortunately this situation is far from over", with half of New South Wales now under weather warnings.

State Emergency Service assistant commissioner Nicole Hogan told public broadcaster ABC another 1,750 volunteers had arrived from interstate to support the efforts in what would be a "critical 24 hours".

Flood and severe weather warnings have been extended to areas not previously affected, including the coast south of Sydney and outback areas to the northwest recently crippled by a prolonged drought.

Just north of NSW, parts of Queensland state's populated southeast have been hit by flooding after days of heavy rain.

Australia's defence force will join relief efforts Tuesday, the government announced, with two search-and-rescue helicopters being used to winch out people from in remote areas.

Rescue boats -- including Surf Lifesaving vessels usually reserved for beaches -- are also being used to extract stranded residents from floodwaters.

Eight million residents in Sydney and across the state have been told to work from home if possible and avoid unnecessary travel.

Health officials have said the rain and floods will delay the already halting rollout of coronavirus vaccines in Sydney and surrounding areas.