Australia foreign chief stands in for PM after deputy ousted 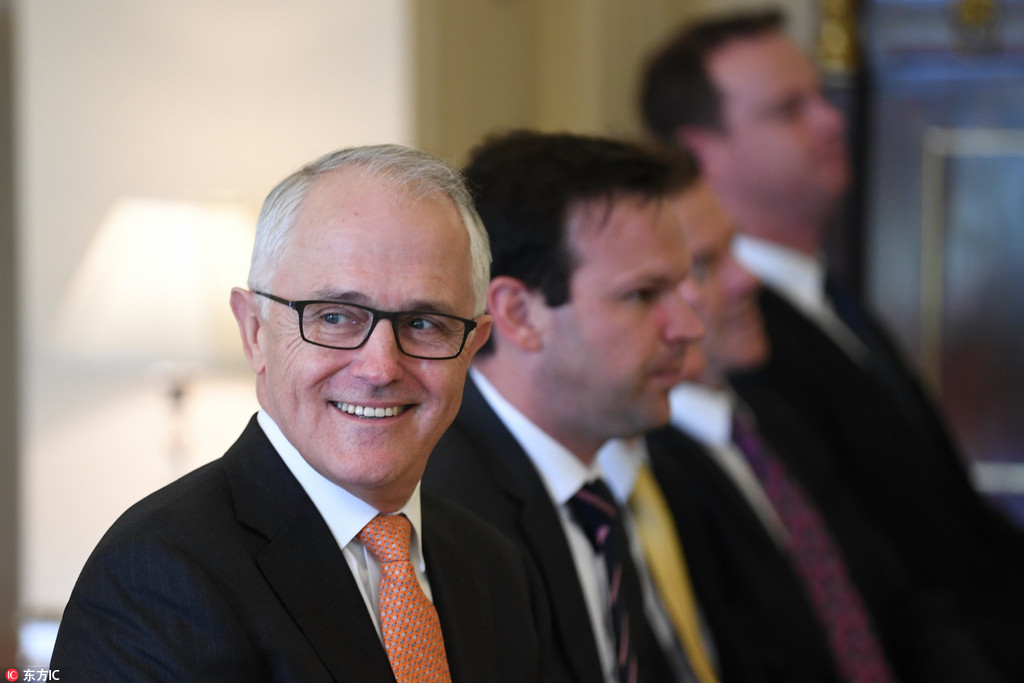 SYDNEY (AP) — Foreign Minister Julie Bishop will stand in as Australia's acting prime minister while Malcolm Turnbull is away on a brief overseas trip, due to the dual citizenship crisis that has sidelined his deputy.

Turnbull has refrained from officially appointing a new deputy in what is expected to be the five-week absence of Barnaby Joyce. He and four other lawmakers were disqualified by Australia's High Court Friday from sitting in Parliament after they were each found to hold citizenship of Australia and another country.

Joyce is leader of the National Party, the junior partner in the conservative coalition government with Turnbull's Liberal Party. Having recently renounced the New Zealand citizenship he inherited from his father, Joyce will contest a Dec. 2 by-election.

Speaking to reporters in Sydney before leaving for Israel on Saturday, Turnbull said Bishop, as deputy leader of the Liberals, was next in line after Joyce to be acting prime minister.

He also said that his coalition still holds a one-seat majority in the House of Representatives, where parties form governments.

"The government, the parliament ... goes on," Turnbull said.

Some commentators forecast tensions in the coalition after the Nationals were overlooked for an acting leader in favor of Bishop despite traditionally providing the deputy prime minister. Turnbull delayed his trip by a day, reflecting the level of disquiet in his government over the High Court ruling.

Turnbull said Bishop would not be required to be sworn-in to the role of acting leader during his Israel visit to commemorate the 100th anniversary of the Battle of Beersheba.

The High Court delivered its verdict in a unanimous vote several weeks after the start of the dual nationality crisis that has rocked multi-cultural Australia.

Critics have condemned as outdated the 116-year-old constitutional ban on lawmakers having dual citizenship in a country where almost half the people are immigrants or have an overseas-born parent.

The seven judges rejected the government's argument that five of the lawmakers — including three government legislators — should be exempt from the ban because they had not voluntarily acquired or retained citizenship of another country.

While the judges said it may be harsh to disqualify Australian-born candidates who had no reasons to believe they were not exclusively Australian, "those facts must always have been knowable."

Turnbull will be the first Australian leader to visit Israel since John Howard in 2000.