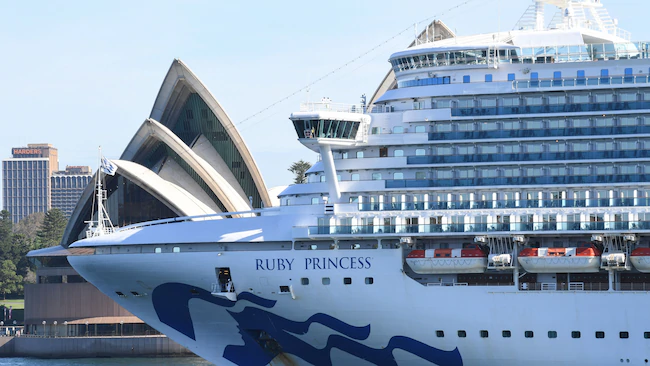 SYDNEY, April 6 (Xinhua) -- Australian authorities launched a criminal investigation Sunday into a COVID-19 infected cruise ship which was allowed to dock in Sydney before releasing thousands of passengers directly into the community.

Since the Ruby Princess berthed at Circular Quay on March 19, more than 600 confirmed cases of the virus have been linked to the ship, and 11 of them have subsequently died -- accounting for roughly 30 percent of Australia's national death toll.

Announcing the investigation, New South Wales Police Commissioner Mick Fuller said questions would be raised into the transparency from crew members regarding the level of disease on board, as well as the actions of local government agencies in allowing the ship to dock.

"There appears to have been an exceptional amount of effort put in by ports to determine the true nature of the conditions on board, and even delayed the vessels arrival until they were provided additional information," Fuller said.

"After reviewing the information at hand, the only way I can determine whether our national biosecurity laws or our state laws were broken is through a criminal investigation."

New South Wales (NSW) Homicide Squad's Detective Chief Inspector Jason Dickinson was tasked with investigating the matter and thousands of passengers are expected to be interviewed as witnesses.

Since releasing its passengers, the Ruby Princess has floated in the waters off NSW, and on Monday was allowed to temporarily berth at a port south of Sydney.