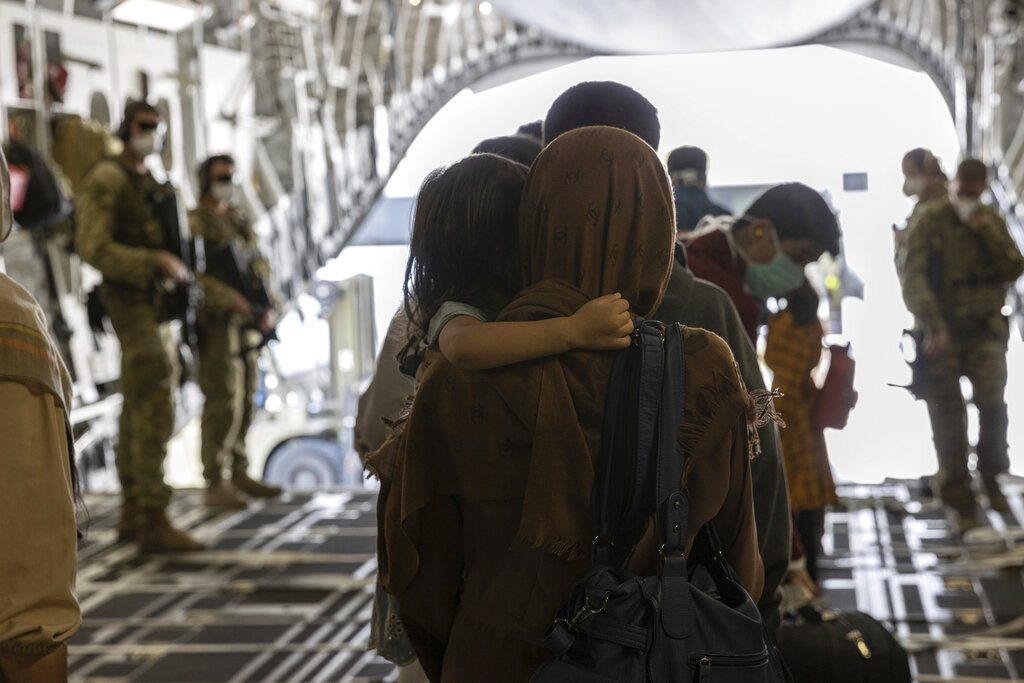 In this image provided by the Australian Defense Force on Sunday, Aug. 22, 2021, Afghanistan evacuees arrive at Australia's main operating base in the Middle East, on board a Royal Australian Air Force C-17A Globemaster. (Photo: AP)

Prime Minister Scott Morrison said that Tuesday five flights had left the airport in the busiest day of Australian involvement in evacuations since the Taliban took control of the country.