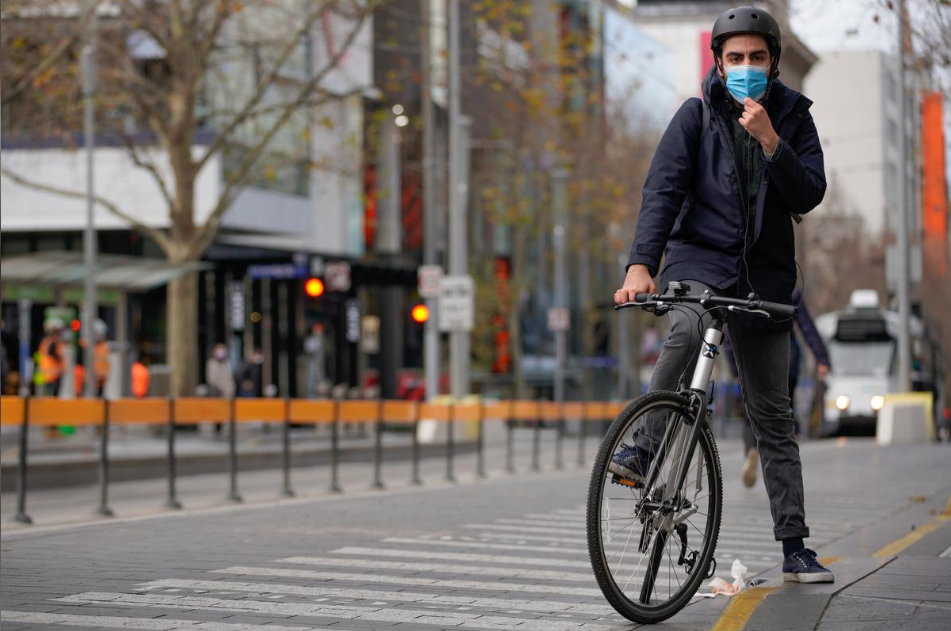 Melbourne becomes the first in Australia to enforce mask-wearing in public as part of efforts to curb a resurgence of the coronavirus, July 23, 2020. (Photo: Agencies)

New coronavirus cases in Australia's state of Victoria returned to the triple digits on Sunday, while neighbouring New Zealand said it would ease curbs slightly in its largest city, hit by a resurgence of infections.

Southeastern Victoria reported 114 new cases, a day after the daily tally fell to 94, its lowest in nearly two months. Its capital, Melbourne, is four weeks into a six-week hard lockdown that authorities have said may ease only gradually.

"At 100, 94, at 114, whatever the number, we simply could not open up," state Premier Daniel Andrews told a televised briefing.

The nation of 25 million has suffered about 25,600 infections and just over 600 deaths since the start of the year.

Prime Minister Jacinda Ardern said curbs in Auckland would be eased from Monday, but would be tightened again if needed.

Limits will stay on public gatherings and movement in Auckland, however, with masks made mandatory nationwide from Monday.

The program of curbs has worked well, Ardern said, telling a televised briefing, "It is designed to keep us on track with our elimination strategy."

Both New Zealand and Australia have proved far better able to rein in the spread of the virus than many other nations, moving swiftly to clamp down with social distancing measures.

However, the high cost of the measures for both nations has been reflected in the largest loss in gross domestic product in decades.