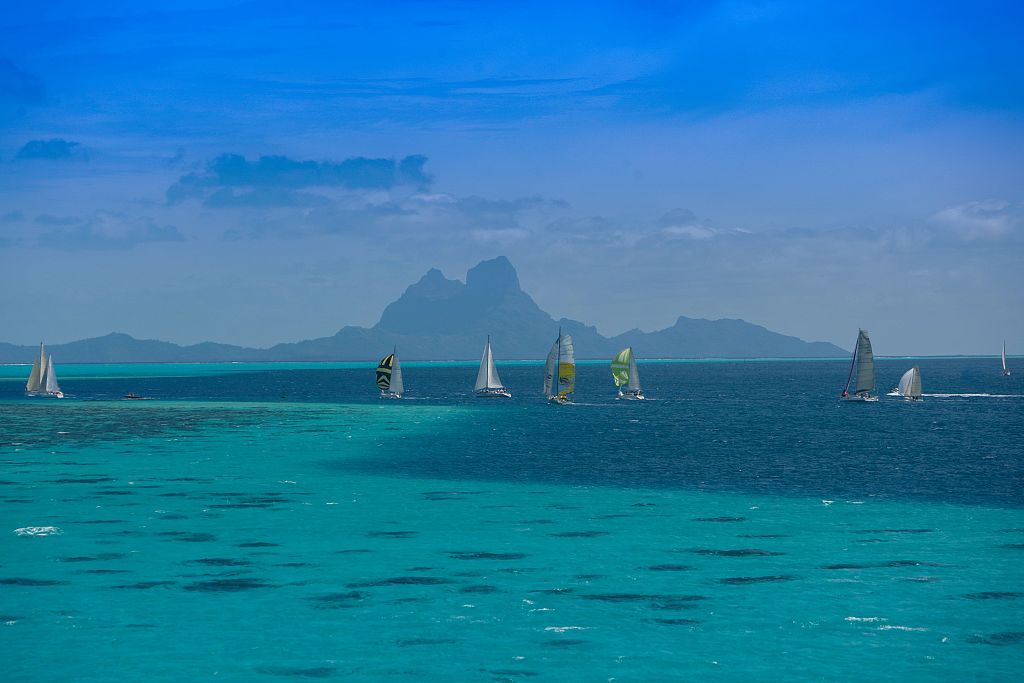 Participants compete in the Tahiti Pearl Regatta, in the South Pacific off the coast of the French polynesia island of Tahiti, on May 6, 2016. (File photo: VCG)

The climate-sceptic leader made the announcement before travelling to the Pacific Islands Forum (PIF) in Tuvalu, where island nations threatened by rising seas have vowed to put global warming at the top of the agenda.

Smaller members of the 18-nation grouping have been sharply critical of Australia's climate policies ahead of this year's summit amid a diplomatic push from Canberra to counter China's growing power in the region.

High-level representatives from the likes of Tuvalu, Palau and Vanuatu have criticised Australia for not doing enough, with Fiji's Frank Bainimarama saying Canberra's reliance on coal poses an "existential threat" to low-lying islands.

There has also been disquiet in the Pacific that Australia recently approved the giant Adani coal mine in Queensland state.

"No matter how much money you put on the table it doesn't give you the excuse not to do the right thing," he told reporters in the tiny nation's capital Funafuti, which is hosting the PIF meet.

"(The right thing) is cutting down your emissions, including not opening your coal mines. That is the thing we want to see."

'Slap in the face'

"The $500 million we're investing for the Pacific's renewable energy and its climate change and disaster resilience builds on the $300 million for 2016-2020," he said in a statement.

"This highlights our commitment to not just meeting our emissions reduction obligations at home but supporting our neighbours and friends."

Greenpeace said the package was nothing more than a diversion of funds from Australia's Pacific aid programme and "a slap in the face to regional leaders".

"This Aus$500 million accounting trick will do nothing to address the cause of the climate crisis that threatens the viability of the entire Pacific," Greenpeace's Pacific head Joseph Moeono-Kolio said in a statement.

Oxfam Australia welcomed funding for climate change adaption but added "it is not a substitute for action at home to tackle the causes of this crisis –- the burning of fossil fuels".

"It will not repair Australia’s reputation with our Pacific neighbours that has been damaged by this government’s reactionary stance on climate change," Labor climate change spokesman Pat Conroy said.

The tussle over climate action comes as Australia attempts to reassert its influence in the Pacific through its "step-up" strategy, which some regional leaders have warned is likely to fail without meaningful climate action.

The PIF summit officially opens late Tuesday and continues until Thursday, with Morrison and New Zealand Prime Minister Jacinda Ardern due to arrive on Wednesday.