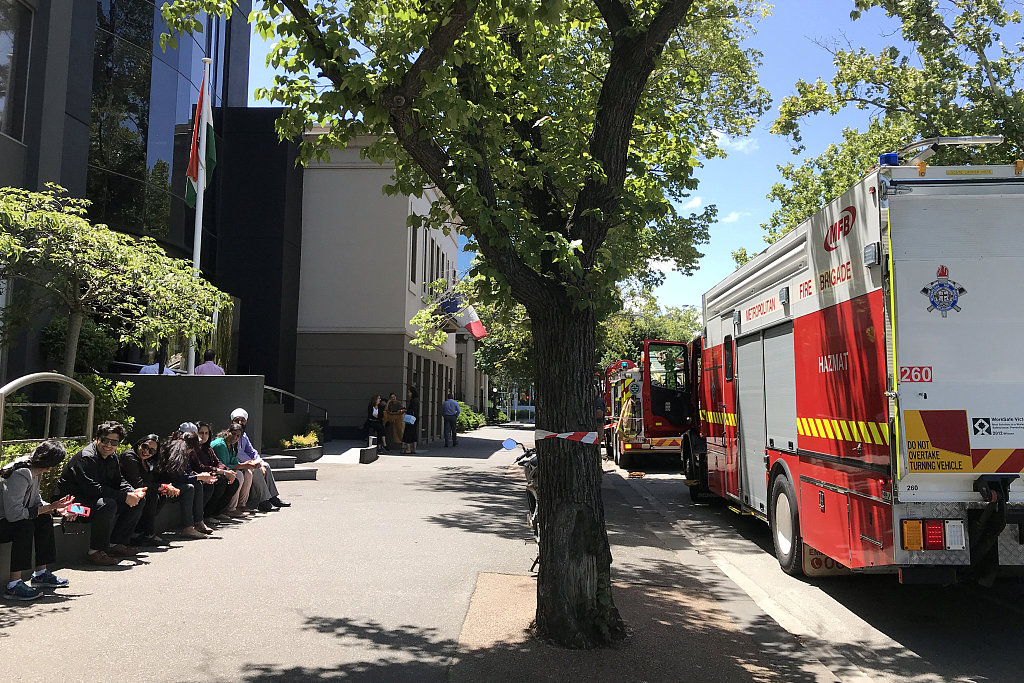 Fire crews are seen outside the Indian Consulate on St Kilda Road in Melbourne, Australia, January 9, 2019. Staff have been evacuated as emergency crews respond to a number of incidents involving foreign consulates in Melbourne. (Photo: VCG)

SYDNEY, Jan. 9 (Xinhua) -- At least 11 international consulates in Melbourne have been evacuated on Wednesday with early media reports asserting that "suspicious packages" were sent to the locations along with written threats.

While Victorian State Police have not yet released any details of the developing incident, hazmat teams and a large contingency of emergency responders have been photographed outside.

It has also been reported that the Australian Federal Police are now conducting the operation.