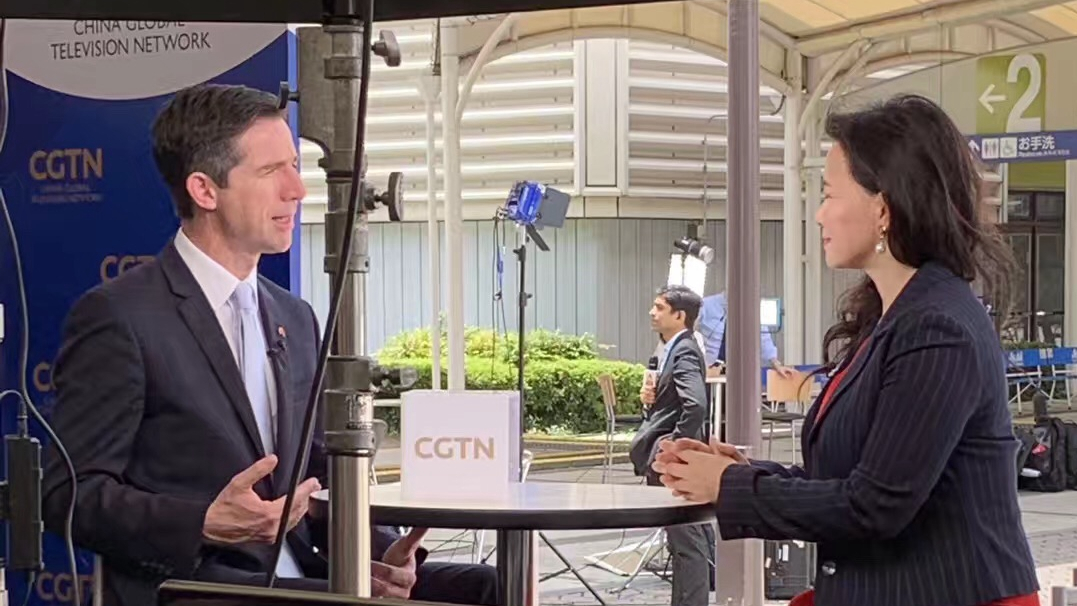 The G20 summit in Osaka, Japan, is in full swing. The annual meeting has the largest and fastest-growing economies around the globe as members. Since they account for 85 percent of the world's GDP, trade and economic issues are expected to be big topics this year.

Simon Birmingham, Australian Minister for Trade, Tourism and Investment said that there may be consensus communiques thanks to rising business confidence. "That was achieved last year. We have seen confidence into markets and business. At least there will be agreement around fundamentals," he added.

Before the opening of the summit, Australian Prime Minister Scott Morrison met with Donald Trump at a dinner meeting, with fears about a trade war dominating the agenda. Birmingham said the message sent out is that "great powers have great responsibilities."

China-U.S. trade tensions are having an impact on global trade and economic growth, hurting other economies around the world, including Australia. Birmingham said that's why we urge them to negotiate thoroughly and hopefully reach an agreement to ease trade disputes.

Meanwhile, Birmingham addressed rumors in the media that Australia does not welcome Chinese investors, asserting that it is fake news since Australia is an incredibly open country for investment.

"I want to make it very clear that investment in Australia is welcome," he noted, but on the condition of safeguarding domestic critical infrastructure and healthy competition. "We know that will continue to lift people in China and elsewhere around the region out of poverty circumstances and create more opportunities."

The top priority is the bilateral investment flow, which means Australian investors want to capture the opportunity to increase capital flow into the Chinese market, while also attracting more Chinese investments in Australia.

Birmingham emphasized Australia is stepping up its innovation drive. E-commerce and digital trade are expected to boom this year. Since Australia is a trade nation, he said the country is trying to make sure that market access is as strong as possible.

"We have concluded negotiations around new trade agreements with other countries…and continuing negotiations to the RCEP discussions this year," he said.