WORLD Australia remains 'on track' in fight against COVID-19: PM

Australia remains 'on track' in fight against COVID-19: PM 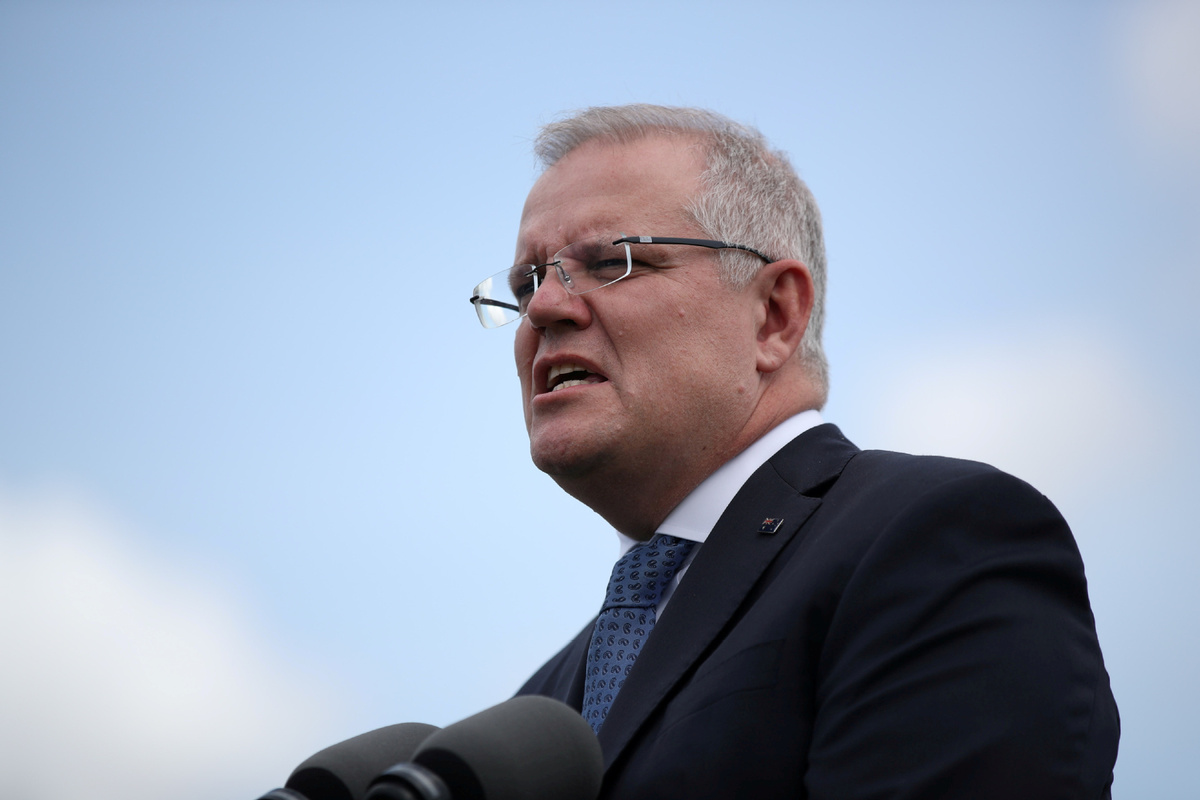 Following a meeting of the National Cabinet, which is comprised of the prime minister and state and territory leaders, Morrison told reporters that Australia is in a better position than he hoped for when the coronavirus pandemic hit the country in January.

However, he warned that there was still a high risk of further outbreaks that could undo all of Australia's progress on preventing the spread of the virus.

"We would be foolish to think that we were immune or that we are immune," he said.

As of Friday there have been over 7,100 confirmed cases in Australia with 103 deaths and less than 500 active cases.

Appearing alongside Morrison, Chief Medical Officer Brendan Murphy revealed that authorities are aiming to keep the number of daily new cases below 20.

He said that 30,000 tests were being conducted every day, with approximately 0.05 percent returning positive results, and announced that the number of coronavirus patients on ventilators in Australia has fallen to just two.

"We would still like to do more tests. We would like every person with an acute respiratory problem, cough, cold, to get tested. It is the way to track the virus."

"It is too early to draw definitive conclusions but we are on track. All the measures we thought should be stable and in good shape remain in good shape at the moment," he added.

Friday's was the first National Cabinet meeting since May 15.

Morrison announced that the meetings will continue on a monthly basis in the wake of the pandemic, replacing the Council of Australian Governments (COAG) system.

He said that the new system would be driven by a singular agenda, and that is to create jobs.

"COAG is no more. It will be replaced by a completely new system and that new system is focused on the success that has been yielded by the operation of the National Cabinet," Morrison said.