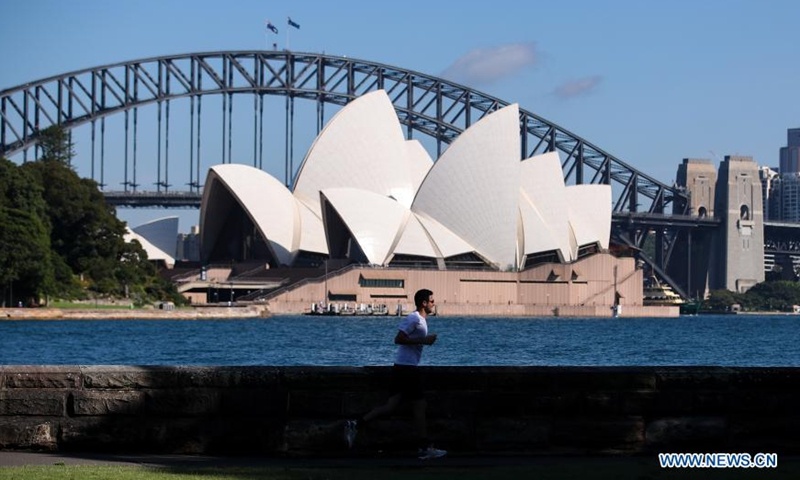 Australia's foreign direct investment (FDI) from China reached its lowest point in six years, as the total investment from China dropped to Aus$1 billion in 2020 from Aus$2.6 billion in 2019 - a more than 60 percent plunge year-on-year, media reported.

Experts on China-Australia relations noted that, the slump was largely due to Australia's restrictions on foreign investment, especially on Chinese investment, and its "semi-decoupling" policy toward China, which have severely harmed bilateral ties.

Citing data from Australian National University, Australian Financial News reported that Australia recorded only 20 investment cases in 2020, which is obviously lower than 111 in 2016 worth of Aus$16 billion.

"As the FDI from China decreases, Australia's asset value also decreases, which is one of the negative impacts," reads the report, citing Shiro Armstrong, director of the bureau that studies the East Asian economy.

"Without the active capital from China, we will lose many bidders, which will lead to the depreciation of our asset," Armstrong said.

There are several reasons that resulted in the low figure: the first one is Australia's "semi-decoupling" policy that has vetoed many Chinese investments, Yu Lei, chief research fellow at the research center for Pacific island countries at Liaocheng University in Shandong Province, told the Global Times on Monday.

"The second reason is the pressure from the US government that requires Australia to restrict Chinese investment to major ports or facilities; while the third one is Australia's deteriorating business environment caused by politicization," Yu added.

"Meanwhile, as the China's relations with South East Asian countries as well as their business environment are improving, which have formed a stronger industrial chain system, many Chinese capitals have shifted their focus to South East Asia," Yu added.

For improving the situation, Yu suggested that Australia should not politicize Chinese investment, and follow the rules of the World Trade Organization and their bilateral free trade agreement.

However, Yu said, assuming that Australia policy towards China will continue for a while, the dilemma of China-Australia ties is unlikely to be resolved in the coming months.