A gigantic dinosaur discovered in Australia's outback has been identified as a new species and recognized as one of the largest to ever roam the Earth, according to paleontologists.

The Australotitan cooperensis, part of the titanosaur family that lived about 100 million years ago, has finally been named and described 15 years after its bones were first uncovered.

It is estimated to have stood at 5-6.5 meters high and measured 25-30 meters in length, which would make it Australia's biggest dinosaur. 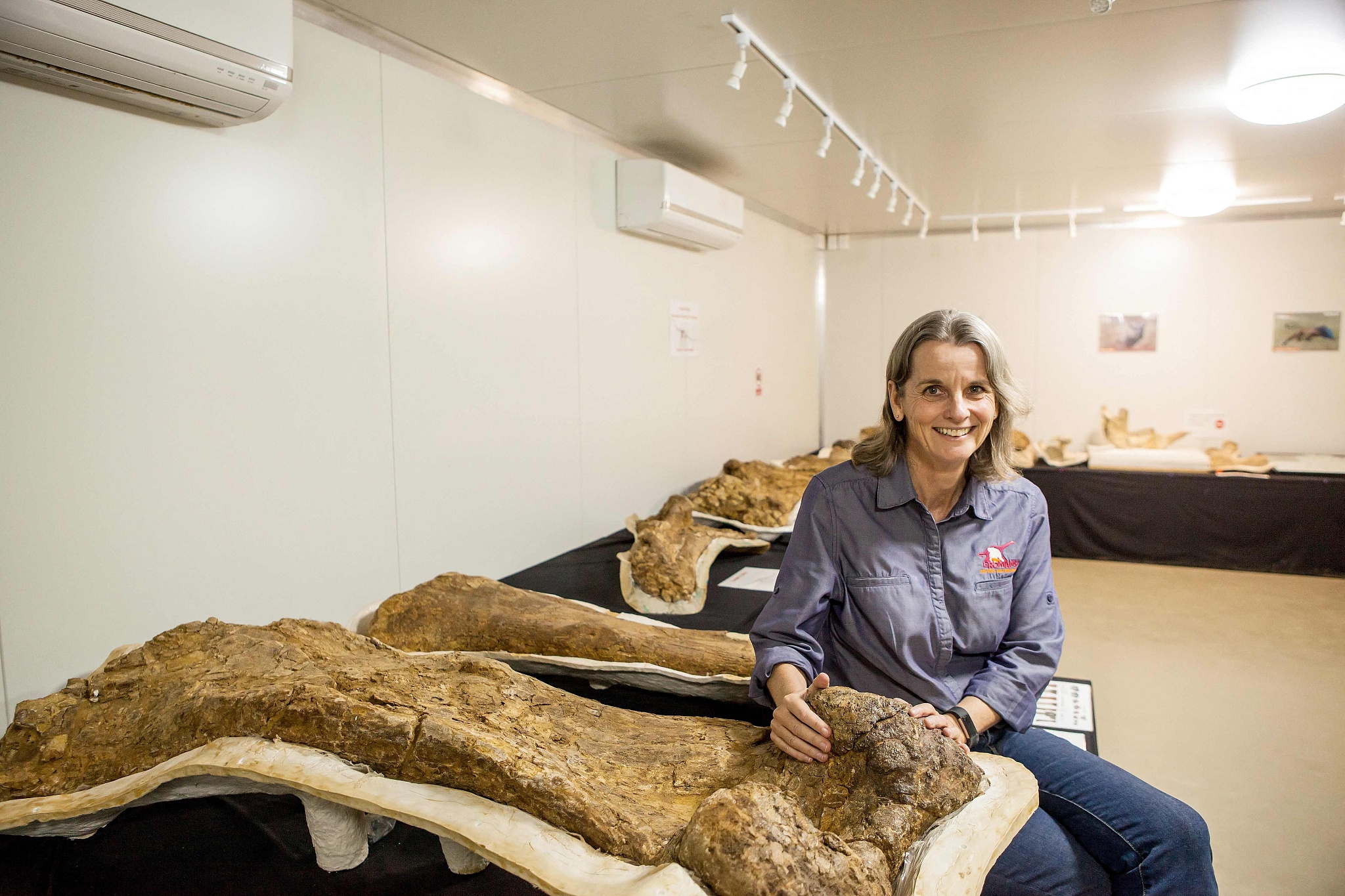 "Based on the preserved limb size comparisons, this new titanosaur is estimated to be in the top five largest in the world," said Robyn Mackenzie, a director of the Eromanga Natural History Museum.

The fossilized bones were found on Mackenzie's family farm in 2006 about 1,000 kilometers west of Brisbane in the Eromanga Basin and nicknamed "Cooper."

Initially kept secret as scientists painstakingly dug up and studied the bones, the skeleton first went on display to the public in 2007. 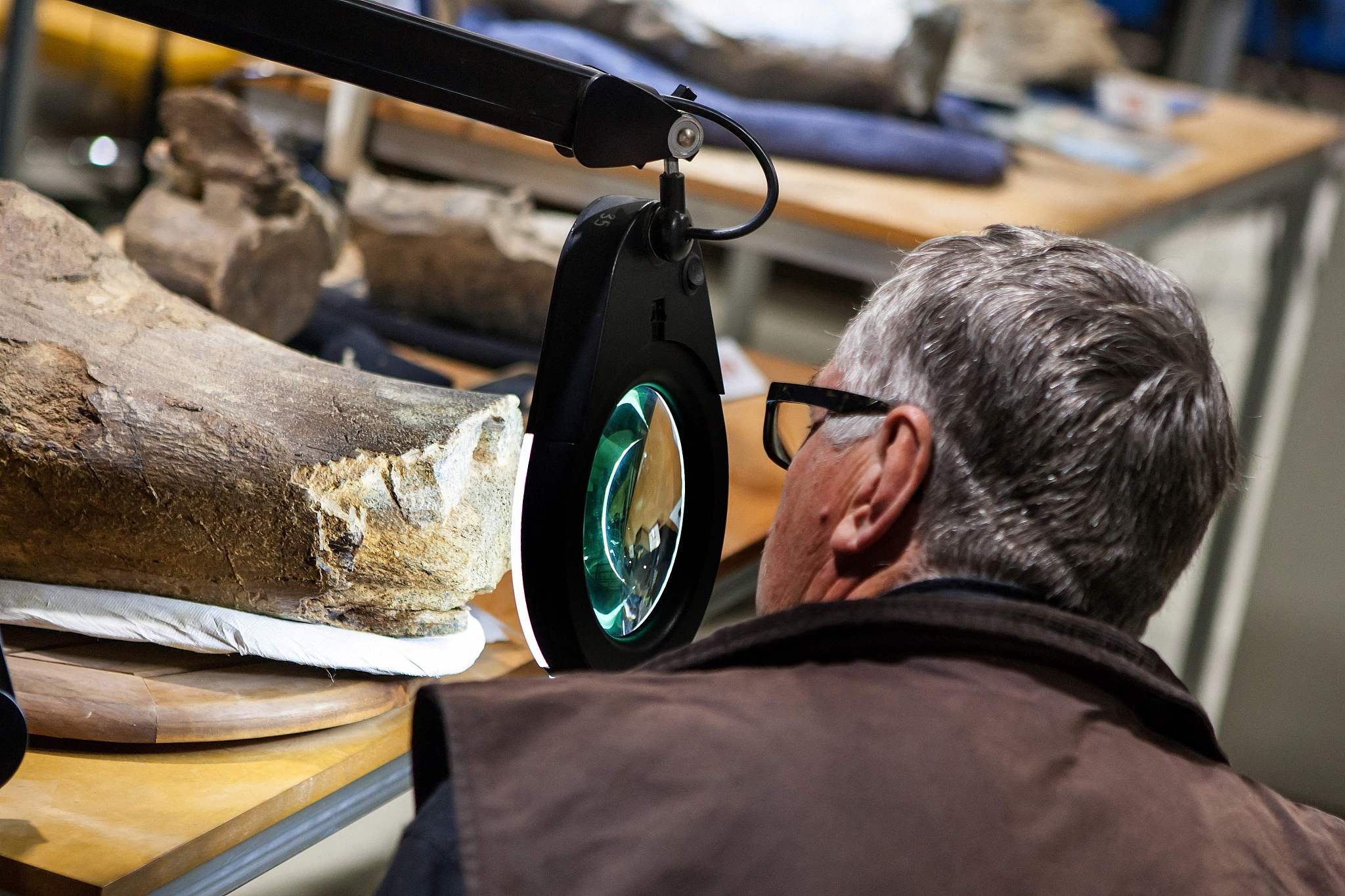 A staff member examining a giant fossilized bone at the Paleo Prep and Learning lab at the Eromanga Natural History Museum. (Photo: CFP)

Scott Hocknull, a paleontologist at Queensland Museum, said it had been a "very long and painstaking task" to confirm the Australotitan was a new species.

The research, which relied on 3D scan models of bones to compare the dinosaur with its close relatives, was published in the peer-reviewed PeerJ journal Monday.

Numerous other dinosaur skeletons have been found in the same area, Hocknull said, adding that more work was needed as "discoveries like this are just the tip of the iceberg."