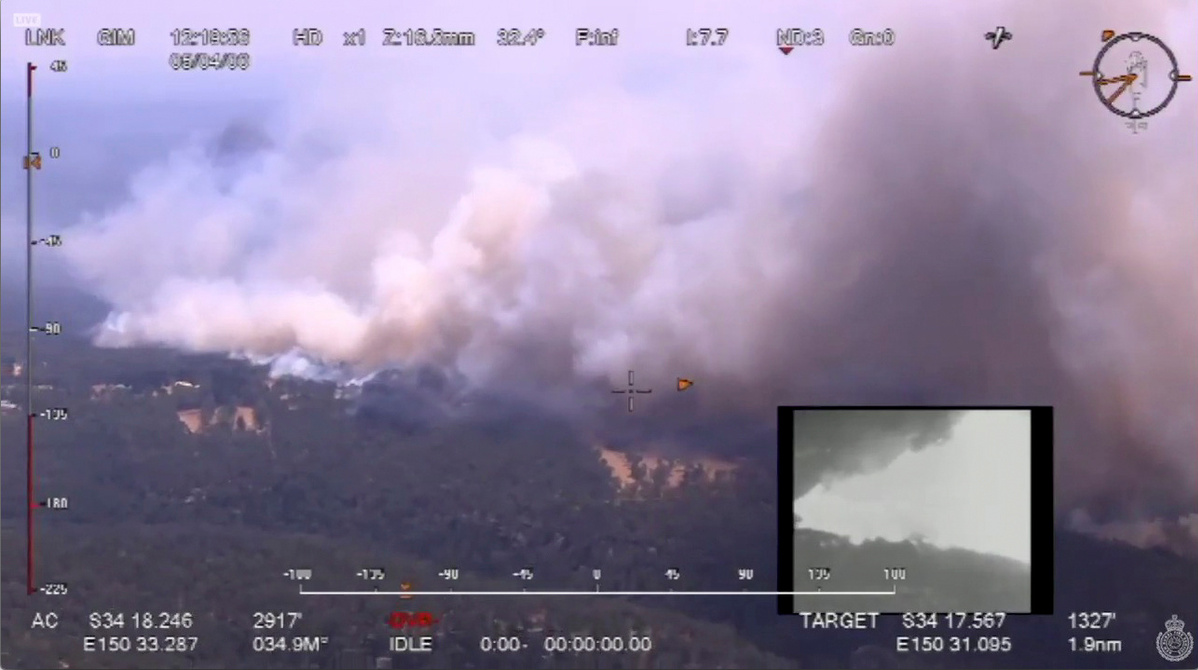 SYDNEY - Firefighters in the Australian state of New South Wales were bracing for "catastrophic" fire conditions on Saturday as temperatures well above 40C (104F) and strong winds were set to fuel more than 100 fires burning across the state.

Authorities asked people to delay travel, at the start of what is normally a busy Christmas holiday period, warning of the unpredictability of the fires as winds of up to 70 kph (44 mph) were set to fan flames through the middle of the day.

"They are the very worst of conditions. Given we have a landscape with so much active fire burning, you have a recipe for very serious concern and a very dangerous day."

Greater Sydney and two surrounding areas were rated as catastrophic for Saturday, and other areas were at extreme or very-high fire danger ratings.

Close to 10,000 emergency personnel would be working across NSW on Saturday, which the NSW Minister for Police and Emergency Services David Elliott said was likely the largest emergency deployment the state had ever seen.

"They're there, four days before Christmas, to keep families safe," Elliott told media.

A southerly wind change is expected late on Saturday afternoon. It is forecast to bring winds of up to 90 kph (56 mph), which Fitzsimmons said would initially worsen fire conditions before leading to a dramatic drop in temperatures.

The Gospers Mountain mega fire, which has already burned almost 450,000 hectares (1.1 million acres) to the northwest of Sydney was upgraded to emergency status early on Saturday.

The death of two firefighters on Thursday night when their fire truck was struck by a falling tree as it travelled through the front line of a fire brought the wildfires death toll in New South Wales to eight since the start of October.

Shortly after the two deaths were announced, Prime Minister Scott Morrison issued a statement saying he would return as soon as possible from a family holiday in Hawaii, a trip that had drawn sharp criticism as the wildfires crisis deepened.

Australia has been fighting wildfires across three states for weeks, with blazes destroying more than 700 homes and nearly 3 million acres (1.2 million hectares) of bushland.