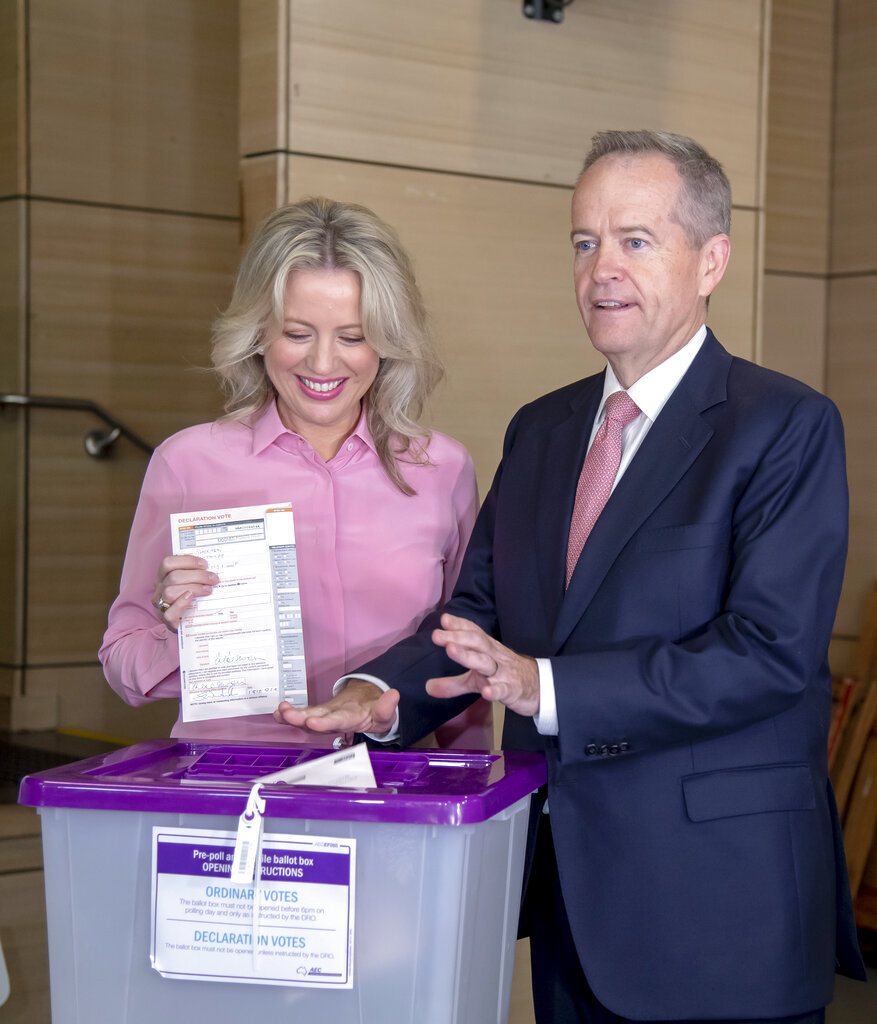 Australian opposition leader Bill Shorten poses as he votes with his wife Chloe during a federal election at Moonee Ponds West Primary School in Melbourne, Australia, Saturday, May 18, 2019. Polling stations opened across Australia on Saturday in elections that are likely to deliver the nation's sixth prime minister in as many years. (Photo: AP)

Shorten made the announcement to supporters of his opposition Labor party late Saturday night in Melbourne.

Shorten said, "It is obvious that Labor will not be able to form the next government and so, in the national interest, a short while ago, I called Scott Morrison to congratulate him."

Late Saturday, the Australian Broadcasting Corp. called 74 seats in the 151-seat lower parliamentary house as wins for Morrison's conservative Liberal-National party coalition, with 65 seats to Labor and 12 undecided. The Channel 9 network called 73 seats to the coalition, 61 to Labor, with 17 undecided.

A total of 76 seats are needed to form a majority government.