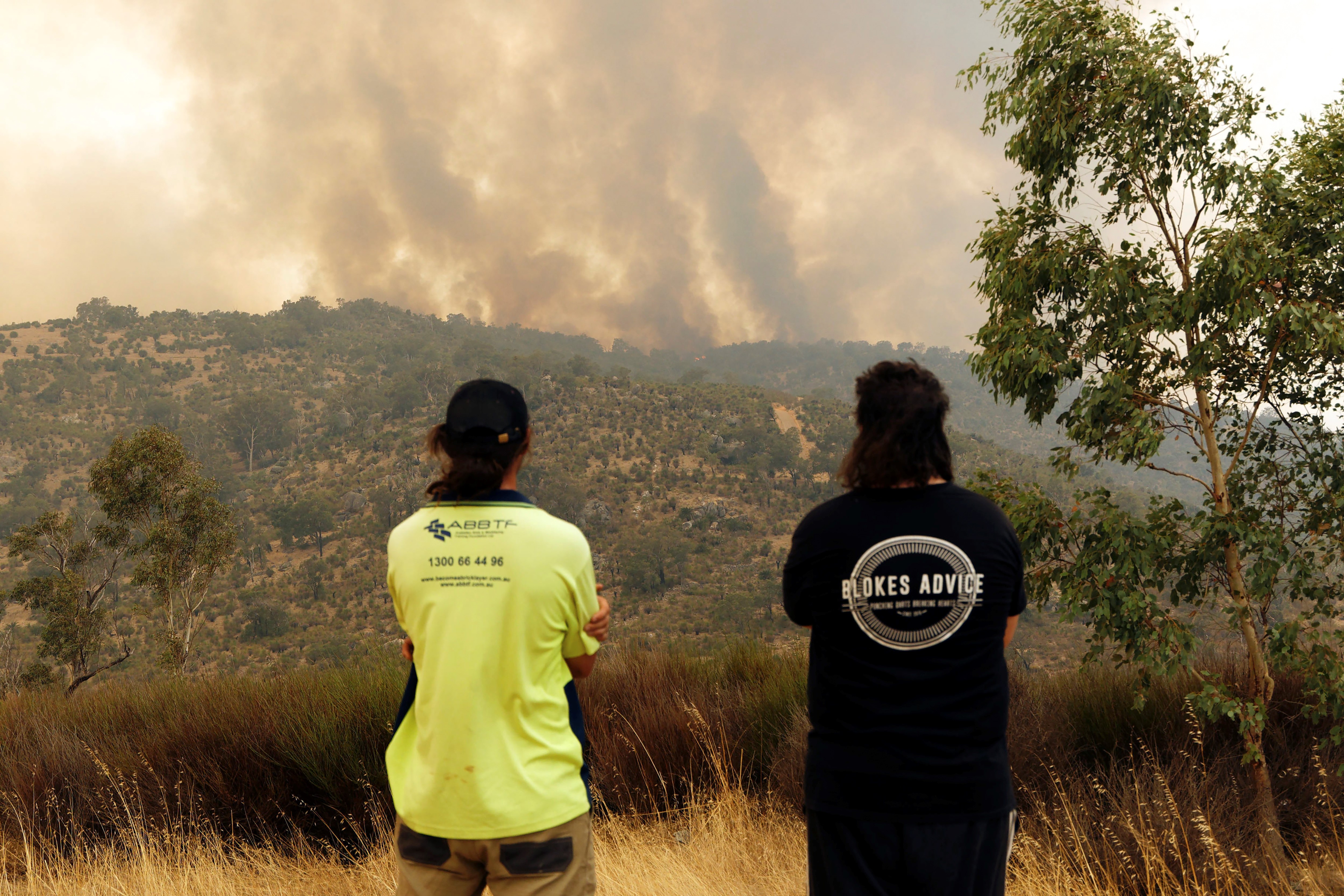 People look on as a fire driven by strong winds burns on a ridge in the suburb of Brigadoon in Perth on February 2, 2021, forcing emergency evacuations just days after the west coast city entered a coronavirus lockdown. (Photo: AFP)

Firefighters are battling the out-of-control bushfire on the city's eastern fringes, where several properties are ablaze and several fields have been blackened. 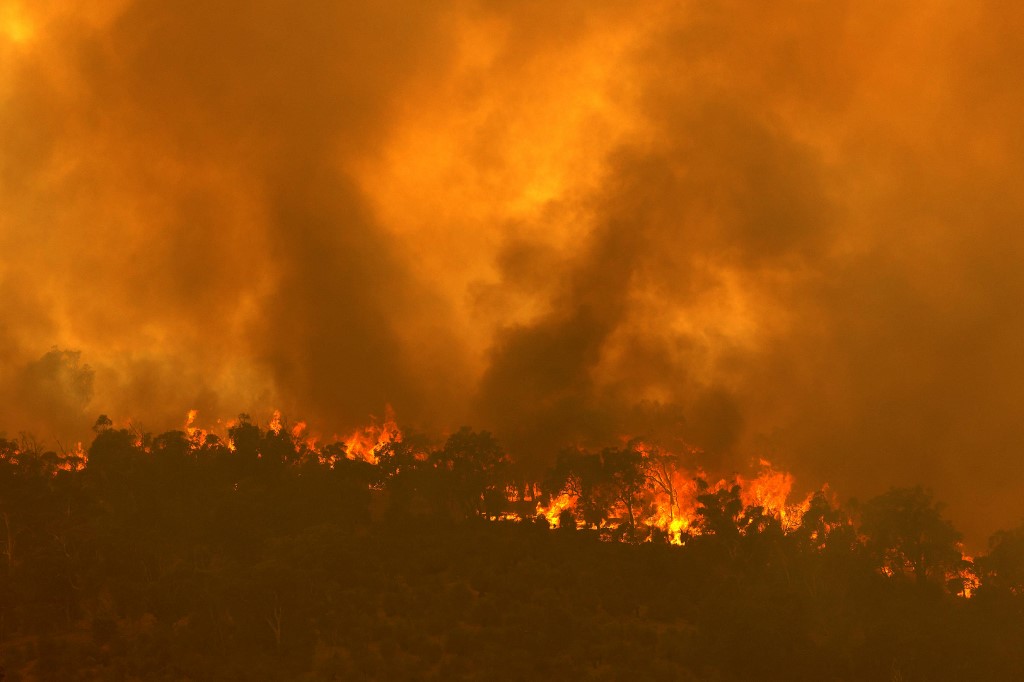 A fire driven by strong winds burns on a ridge in the suburb of Brigadoon in Perth on February 2, 2021. (Photo: AFP)

Smoke from the fires sent ash falling in the Perth city centre, around 30 kilometres (18 miles) away.

Firefighters were said to be working in "extremely volatile" conditions with temperatures set to hit 37 degrees Celsius (98.6 Fahrenheit).

"The fire is currently 7,000 hectares in size with the perimetre of around 75 kilometres (47 miles)," Department of Fire and Emergency Services Deputy Commissioner Craig Waters told media.

Locals said they were woken by emergency alerts in the earlier hours of Tuesday.

"I think it was around 3am, we were standing from our balcony in The Vines and we could see the fire over the hill coming closer," a woman at an evacuation centre told the ABC.

One firefighter was recovering in hospital from smoke inhalation but there were no other reports of injuries, Bailey said. 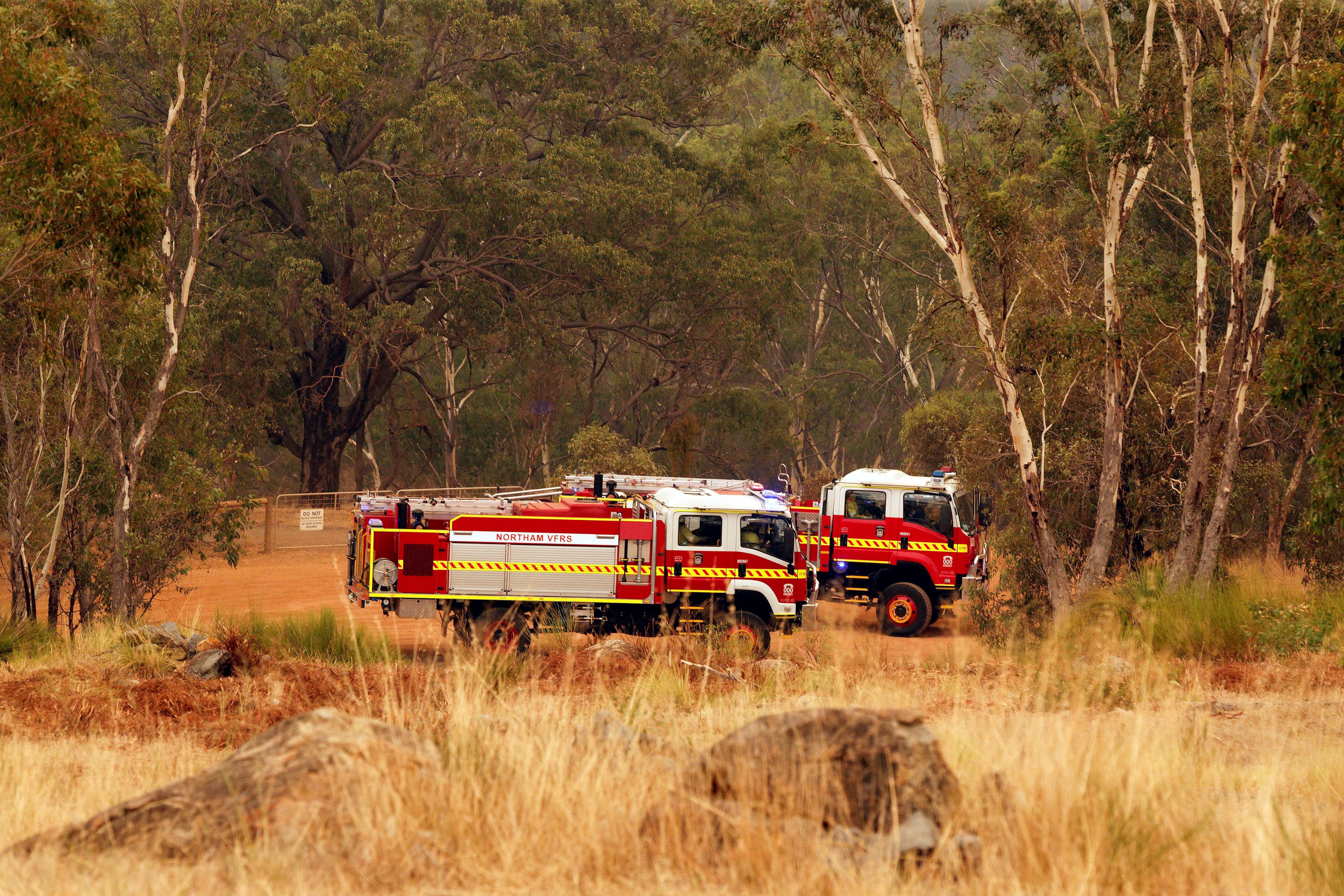 Fire trucks sit in a valley awaiting instructions as a fire burns on a ridge, driven by strong winds in the suburb of Brigadoon in Perth on February 2, 2021. (Photo: AFP)

The news comes as Perth entered its second full day of a five-day lockdown after a security guard at a quarantine hotel tested positive for Covid-19.

Under the lockdown, around two million residents of the city, along with residents of nearby Peel and South-West regions, must stay at home.

Authorities believe the guard contracted the UK-strain of Covid-19 from a returned traveller quarantining in a hotel in Perth.

The UK variant is among several new strains believed to be more contagious.