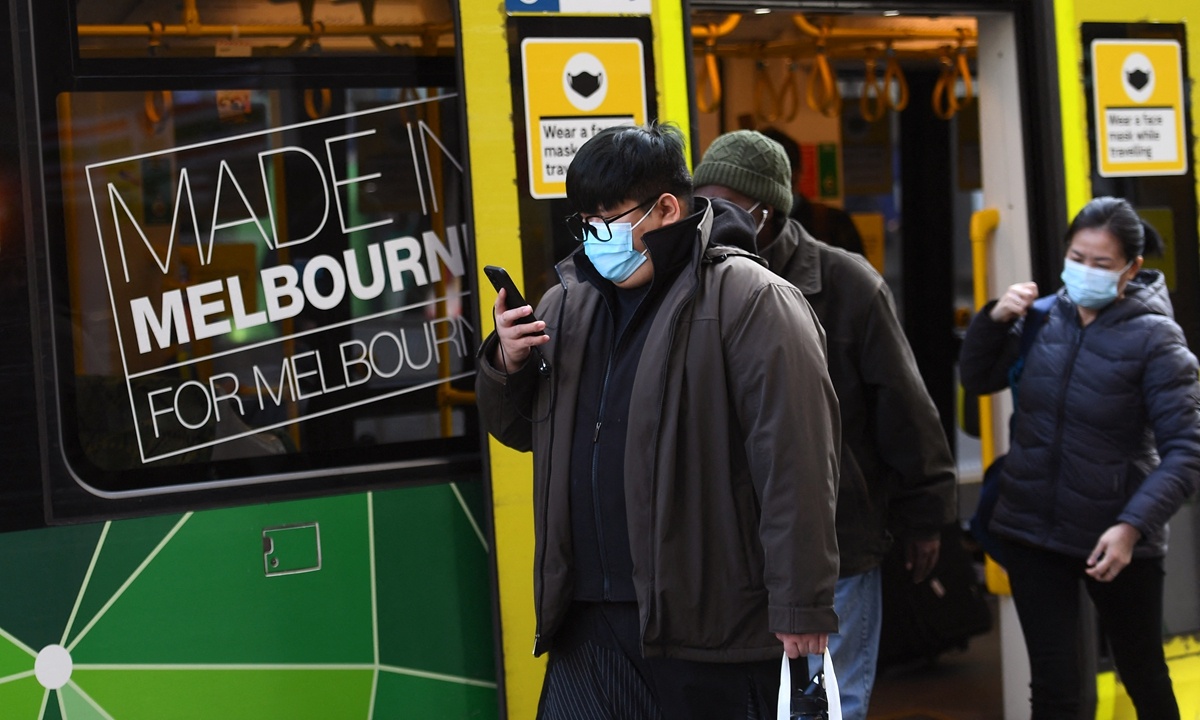 People wearing masks alight from a tram in Melbourne on Wednesday, as Australia's second biggest city scrambles to contain a growing COVID-19 outbreak. The country has reported more than 30,000 infections, with about 910 people dying from the deadly disease. (Photo: AFP)

About 5 million Melbourne residents will exit lockdown Thursday after Australian authorities said their adherence to strict rules had "changed the course" of a coronavirus outbreak in the city.

After two weeks under stay-at-home orders, the toughest restrictions in Australia's second-biggest city will be lifted from 11:59 pm Thursday, after just one new virus case was recorded on Tuesday.

"This is a good day. Everyone should be absolutely proud of what we have all achieved together," Victoria state acting Premier James Merlino said Wednesday.

He said collective efforts had steamed the outbreak in the city, which has seen more than 80 people test positive for either the Kappa or Delta strains.

"But we know this isn't over yet, and until we have widespread vaccination across Victoria and across our country, the virus will still be with us," Merlino said.

Melbourne residents still cannot travel more than 25 kilometers from their homes or have visitors over, but may gather in groups of up to 10 outside.

Schools, cafes and beauty salons can reopen, but gyms and nightclubs must remain closed for at least another week.

Brett Sutton, Victoria's chief health officer, said there could not be a "snap back" to no restrictions as the situation remains "reasonably volatile."

"We have to move by increments, safely, but with the minimum restrictions that we know will continue to control this," he said.

Australia is one of the few countries globally without endemic transmission, recording 30,000 COVID-19 cases and fewer than 1,000 deaths in a population of 25 million.

The border remains closed to most travelers - with the exception of those from New Zealand - and authorities are quick to impose restrictions when cases are detected.

The virus is believed to have leaked out of Australia's makeshift hotel quarantine facilities up to 18 times in six months, prompting tough scrutiny of the system in recent weeks.

Outbreaks in the island of Taiwan and Japan have also underscored how initial success in containing the virus can quickly erode without widespread vaccination.