Australia's unemployment rate ticks up to 6.9%

Australia's unemployment rate rose slightly to 6.9 percent in September, as the coronavirus kept the brakes on hopes of a speedy economic recovery. 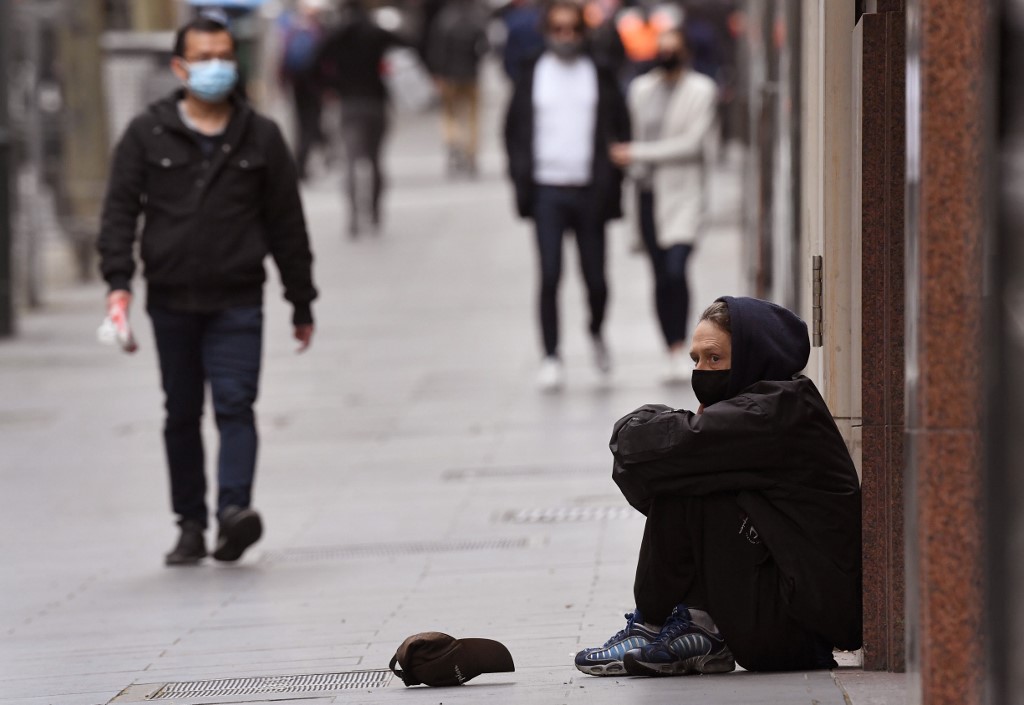 A man begs for money along a street in Melbourne's city centre on September 17, 2020. (Photo: AFP)

The country's statistical agency said Thursday that unemployment grew 0.1 percent from 6.8 percent in August, with around 20,000 more people leaving the workforce entirely.

Australia -- with a population of 25 million -- is experiencing its first recession in almost 30 years.

The number of hours worked fell most notably in Victoria state, where the country's second-biggest city Melbourne remains under a months-long virus lockdown.

Almost one million Australians have lost their jobs and many more have been forced to take pay cuts or seen hours slashed.

The government and central bank have embarked on a vast stimulus spending programme to avert a full-blown depression, putting the country on track to post a record budget deficit of Aus$213.7 billion ($152.7 billion) this year.

By 2024, overall gross debt is predicted to rise to over one trillion Australian dollars, or around half of the country's GDP, versus roughly a quarter in this year.

In further measures aimed at supporting the coronavirus-buffeted economy, the Reserve Bank of Australia has signalled it could cut record low interest rates of 0.25 percent even further when it next meets in early November.