Australia says it's reached a free trade deal with Britain

Britain and Australia have agreed on a free trade deal that will be released later Tuesday, Australian Trade Minister Dan Tehan said. 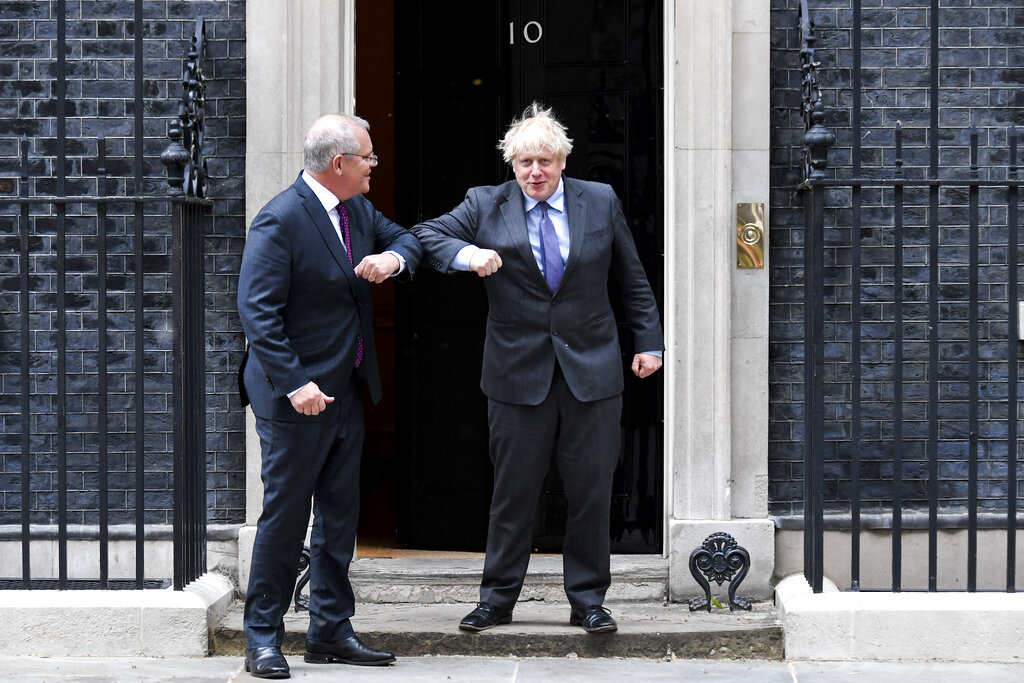 The agreement is the first for Britain since it left the European Union.

“Both prime ministers have held a positive meeting in London overnight and have resolved outstanding issues in relation to the FTA,” Tehan said in a statement, referring to the Free Trade Agreement.

“Their agreement is a win for jobs, businesses, free trade and highlights what two liberal democracies can achieve while working together,” Tehan added.

Both prime ministers would make a formal announcement on Tuesday morning in London and release further information, he said.

Britain is Australia’s fifth largest trading partner with two-way goods and services valued at 36.6 billion Australian dollars ($28.2 billion) a year. Tehan later told Parliament that those numbers could be improved under the new deal.

He cited Australian beef and lamb exports, which under previous deals were limited by import quotas and currently account for only 4.3% of British consumption.

“What’s more, they’re missing out on eating the best lamb chops, the best steak in the world and washing it down with the best glass of Australian wine that you could imagine,” he added.

Tehan also told Parliament that when Britain joined the European Common Market in 1973, “Australia felt that a special bond was being broken."

“Half a century on, Australia stands ready again to be a willing partner with the U.K.,” Tehan said.

“The details are being nutted out from the in-principle agreement that our two prime ministers were able to get to last night over dinner,” Littleproud said.

"Our departments and the Trade Department are working through feverishly to make sure that an announcement can be made at our time tonight so that Australians will see exactly what is in that in-principle agreement,” he added.