Australia's conservative government on Wednesday repealed a contentious law that allowed ill asylum-seekers languishing in Papua New Guinea and on Nauru to travel to the country for medical treatment.

The so-called "Medevac" law was passed in February, permitting refugee transfers from the Pacific nations if they were requested by two or more doctors. 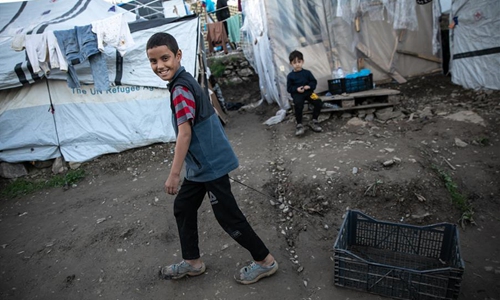 About 180 have since been brought to Australia for medical support under the law, which was pushed through parliament by opposition and independent lawmakers.

Canberra has sent anyone attempting to arrive in Australia by boat to Papua New Guinea's Manus island and Nauru, and have argued the "Medevac" law offered a back door entry to the country.

It claimed the law had "exposed Australians to unacceptable risk" and weakened national security.

The law was repealed Wednesday in a tight vote after the government negotiated the support of outspoken independent Senator Jacqui Lambie, who refused to detail the conditions of giving her support.

"I can't let the boats start back up and I can't let refugees die, whether it's sinking into the ocean or waiting for a doctor, and I am voting to make sure that neither of these things happen," Lambie told the Senate.

A dozen people have already died in the Pacific processing camps, and a number have attempted suicide, including children.

More than 460 people remain in limbo in Papua New Guinea and Nauru.

Australia's treatment of asylum-seekers has been broadly condemned by the United Nations and rights groups.

"There has never been a connection between people seeking asylum and national security," said Ian Rintoul from the Refugee Action Coalition.

"The government simply wants total control over the lives of those they have imprisoned offshore."