Australia will face Lionel Messi and Argentina in next year's Copa America after being drawn alongside the tournament co-hosts on Tuesday. 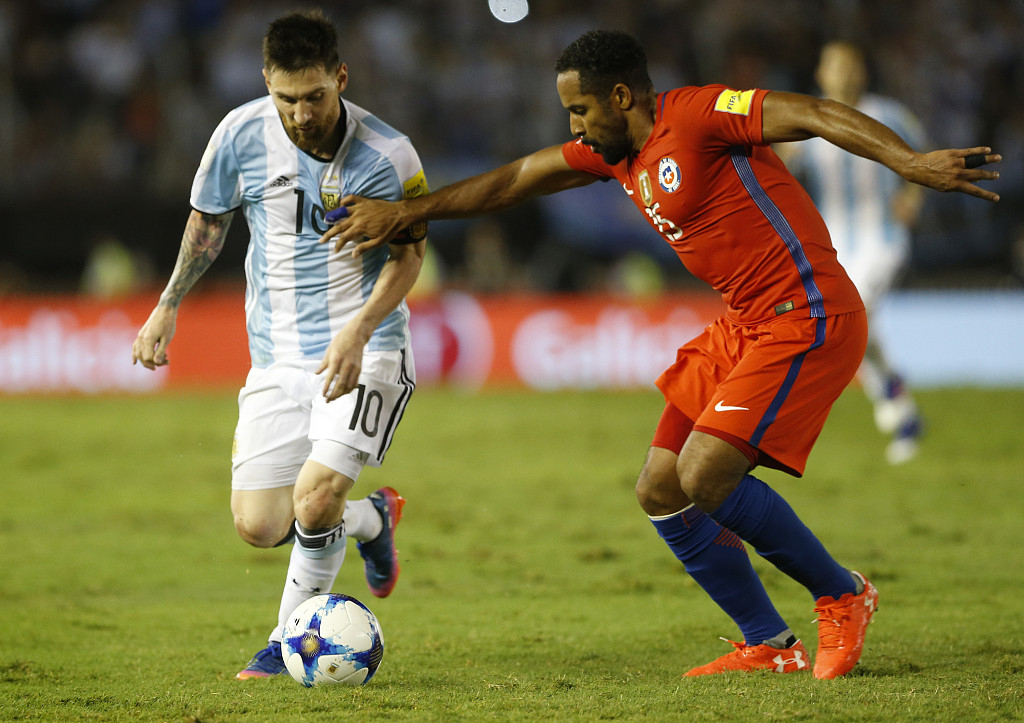 Argentina will kick off the tournament against bitter rivals Chile on June 12 in Buenos Aires. (Photo: VCG)

The Socceroos, one of two guest teams invited to the South American football championship, will also face Paraguay, Bolivia, Uruguay and Chile in Group A.

In Group B, Asian champions Qatar, the other guest nation, will face Colombia, Brazil, Venezuela, Ecuador and Peru, with all games taking place in Colombia.

The first round designations for Australia and Qatar were the only major issue left to be decided at Tuesday's ceremonial draw.

The other teams in the two groups had already been determined based on geographical proximity to co-hosts Argentina and Colombia, which are separated by some 4,350 miles (7,000 kilometers).

The 2020 Copa America marks the first time in the modern history of the tournament that the event is being co-hosted.

Argentina and Colombia were chosen as hosts after South American football's governing body CONMEBOL turned down an offer from the United States Soccer Federation to hold an expanded 16-team edition of the Copa America.

The 2020 tournament will also see a change in format.

At this year's Copa America, won by host nation Brazil, the 12 teams taking part in the event competed in three first round groups of four teams, with the top two in each group and the two best third placed teams advancing to the quarter-finals.

Next year, the tournament will instead see two first round groups of six teams. The top four finishers in each group will qualify for the quarter-finals.

Tournament co-hosts Argentina will kick off the tournament against bitter rivals Chile on June 12 in Buenos Aires.

Chile scored back-to-back victories over Argentina in the finals of the Copa America in 2015 and 2016. Argentina defeated Chile in the third place play-off at this year's tournament.

Australia will open their tournament against Uruguay on June 13.

The Socceroos have a history with the two-time world champions, losing to the Uruguayans in a two-legged playoff for a place at the 2002 World Cup before eliminating the South Americans on penalties in 2005 to clinch a place at the 2006 tournament in Germany.

Qatar, meanwhile, who finished bottom of their group at this year's Copa America to exit in the first round, will open their tournament against Peru on June 14.

The June 12-July 12 tournament is the 47th edition of the Copa America, the oldest international competition in world football.