Australia will strongly oppose a UNESCO plan to list the Great Barrier Reef as "in danger" over its deterioration caused by climate change, the government said Tuesday. 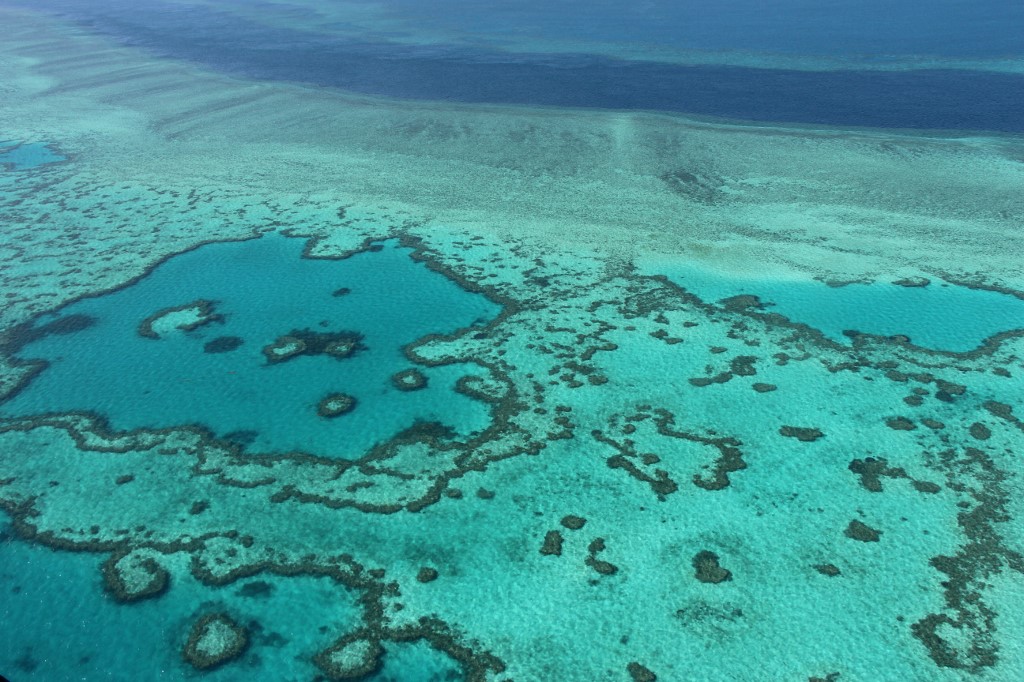 This photo taken on November 20, 2014 shows an aerial view of the Great Barrier Reef off the coast of the Whitsunday Islands, along the central coast of Queensland. (File photo: AFP)

The UN body released a draft report on Monday recommending the reef's World Heritage status be downgraded because of its dramatic coral decline.

Environmental campaigners said the decision highlighted Australia's lack of action to curb emissions and brought "shame" on the government.

Environment Minister Sussan Ley said Australia would mount a challenge after the "back-flip on previous assurances from UN officials", ahead of the World Heritage Committee's 44th session hosted by China next month.

Ley said the decision did not consider the billions of dollars spent attempting to protect the world's largest coral reef.

"This sends a poor signal to those nations who are not making the investments in reef protection that we are making," she said in a statement.

Australia has resisted calls to commit to a target of net-zero emissions by 2050, with Prime Minister Scott Morrison saying the country hoped to reach carbon neutral "as soon as possible" without harming its commodity-dependent economy.

The plan to add the reef to the World Heritage "in danger" list prompted environmental groups to highlight Canberra's reluctance to take stronger climate action.

The Climate Council said it "brings shame on the federal government, which is standing by as the reef declines rather than fighting to protect it".

Aside from its inestimable natural, scientific and environmental value, the 2,300-kilometre-long (1,400-mile-long) reef was worth an estimated US$4.8 billion a year in tourism revenue for the Australian economy before the coronavirus pandemic.

"The recommendation from UNESCO is clear and unequivocal that the Australian government is not doing enough to protect our greatest natural asset, especially on climate change," said WWF head of oceans Richard Leck.

In December, the International Union for Conservation of Nature (IUCN) said climate change had become the biggest threat to UN-listed natural world heritage sites and pushed the reef into "critical" condition.

Australia's own government had already downgraded the reef's long-term outlook to "very poor" after back-to-back mass bleaching events in 2016 and 2017.

Bleaching occurs when changes in ocean temperatures stress healthy corals, causing them to expel algae living in their tissues -- draining them of their vibrant colours.

"I agree that global climate change is the single biggest threat to the world's reefs but it is wrong, in our view, to single out the best managed reef in the world for an 'in danger' listing," Ley said.

The Great Barrier Reef has now suffered three mass coral bleaching events in the past five years, losing half its corals since 1995 as ocean temperatures have climbed.

The reef has also been battered by several cyclones as climate change drives more extreme weather and outbreaks of crown-of-thorns starfish -- which eat the coral -- in recent decades.