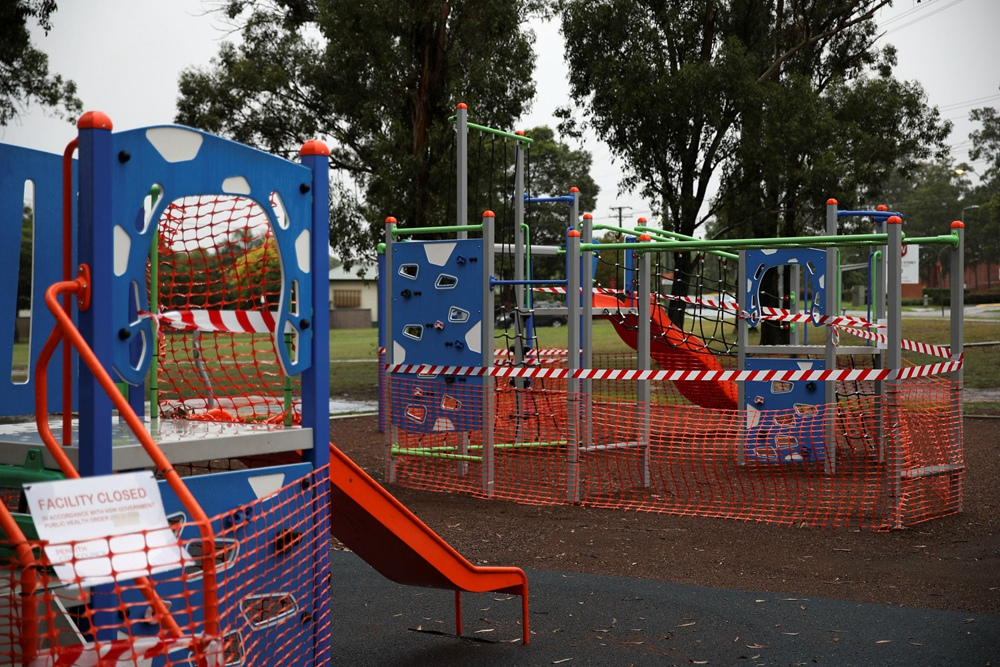 A closed playground is seen in Sydney, Australia, April 30, 2020, as the spread of COVID-19 continues. (Photos: CGTN)

Australia will ease social distancing restrictions in a three-step process, Prime Minister Scott Morrison said on Friday, as Canberra aims to remove most curbs by July and get nearly one million people back to work amid a decline in coronavirus cases.

Australia in March imposed strict social distancing restrictions, which coupled with the closure of its borders, are credited with drastically slowing the number of new infections of COVID-19.

With fewer than 20 new infections each day, Morrison said Australian states and territories on Friday agreed a road map to remove most of the curbs.

"You can stay under the doona forever. You'll never face any danger," Morrison told reporters in Canberra, using an Australian word for quilt. "But we've got to get out from under the doona at some time."

Morrison said it will be up to Australia's various states and territories to decide when to begin implement each stage. Each step will likely be separated by four-week transition.

Several states, including Queensland and South Australia, said they will ease restrictions from Monday. The country's most populated states, which have the most COVID-19 cases, said looser restrictions would not be adopted for several more days at least.

Despite the staggered easing, Morrison warned the country should still expect further outbreaks.

Australia has been one of the most successful countries in containing the COVID-19 epidemic, with just under 7,000 cases and 100 deaths in a population of 25 million.

But the lockdown has thrown more than a million people out of work and is costing the economy some US$2.5 billion dollars per week, according to government figures.

Under the first stage of the plan, restaurants and cafes currently limited to takeaway services will be allowed to reopen, but with a maximum of 10 patrons at a time.

If no major outbreaks are recorded states and territories will move to stage two where gyms, cinemas and galleries will be allowed to reopen, although businesses will only be able to have 20 customers at a time.

At this point, states that have closed their borders would start to allow some interstate travel, Morrison said. 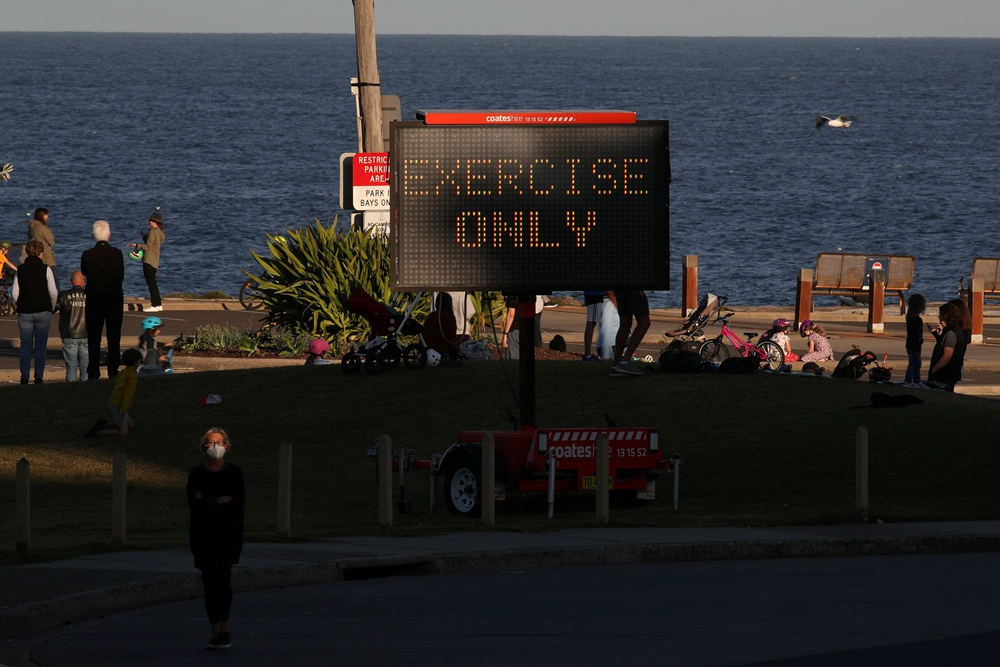 A woman wearing a protective face mask walks past a sign reminding people of outdoor limitations amidst the easing of restrictions in Sydney, Australia, May 6, 2020.

When implemented, stage three will permit gatherings of up to 100 people, allow employees to return to their offices and see the re-opening of nightclubs.

All interstate travel will be allowed, along with some limited international travel, including flights between Australia and New Zealand.

International students would also potentially be allowed to return to Australia, but would face two weeks in quarantine.

Meanwhile, New Zealand's Prime Minister Jacinda Ardern is due to announce next Monday whether the country will move to 'Alert Level 2,' which allows significantly more freedom than Kiwis have experienced since lockdown began in late March.

Ardern said on Thursday that Super Rugby in New Zealand is poised to resume when the country relaxes its lockdown, with bars, retailers and schools also set to open.

"Professional sport will be able to resume domestically under level two," Ardern said. "Super Rugby and the netball premiership have already confirmed their intention to resume a domestic competition, which I know will be cause for great excitement." 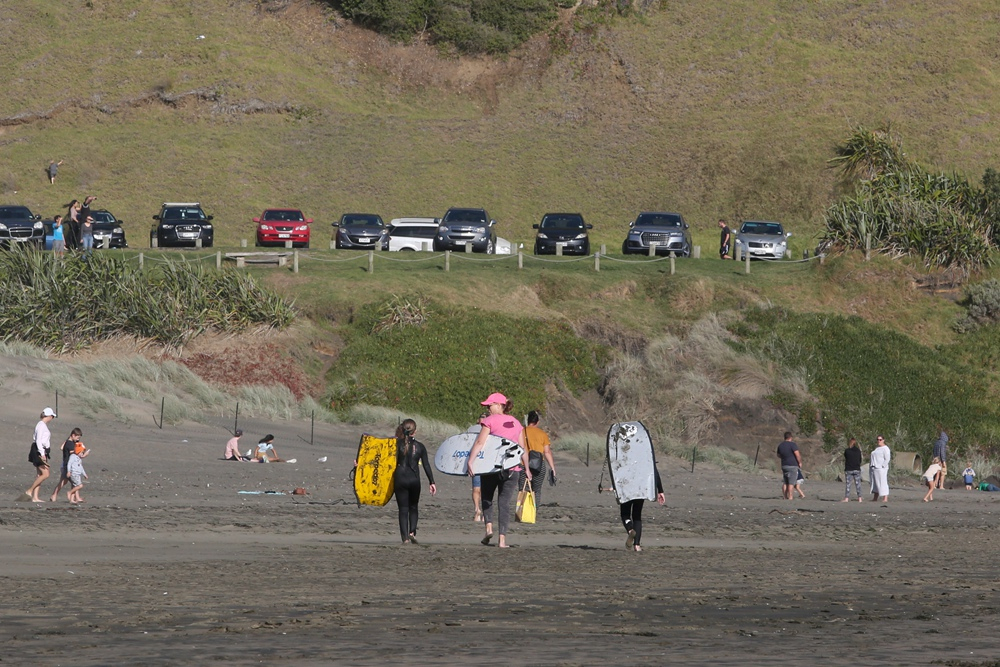 She acknowledged New Zealand's success in containing the virus had put it in a good position to cautiously relax the rules.

"Think of ourselves as halfway down Everest," she said. "It's clear that no one wants to hike back up that peak and the descent is known to be even more dangerous."

New Zealand, with a population of five million, has recorded 1,490 coronavirus cases and 21 deaths. The number of new cases has been in single digits since April 14.