Australia reported fewer than 100 new coronavirus cases Monday, the lowest number in two months as authorities appeared to bring an outbreak in the country's second-largest city under control. 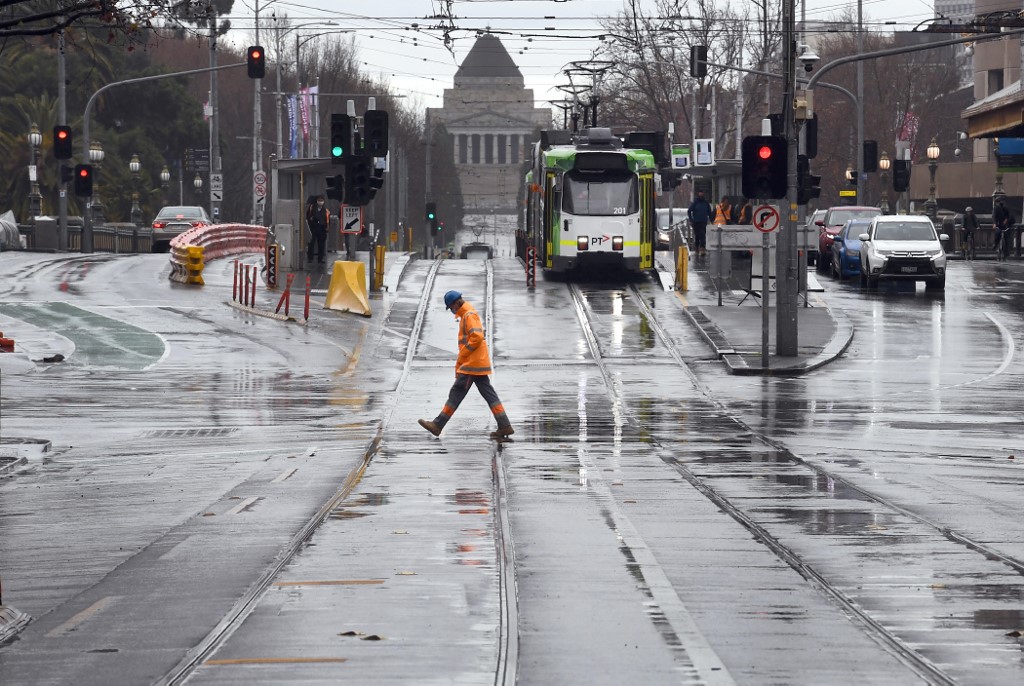 A worker crosses the street in Melbourne's central business district on August 19, 2020, as the city battles an outbreak of the COVID-19 coronavirus. (File photo: AFP)

Victoria state, which has been battling a second wave of infections in Melbourne, recorded just 73 cases after peaking above 700 in late July, providing hope for a way out of a strict city-wide lockdown.

Melbourne residents are currently enduring a raft of restrictions including an overnight curfew, while all non-essential businesses remain closed until at least September 13.

Under growing pressure to ease restrictions, Premier Daniel Andrews said he would release a "roadmap" next Sunday for reopening but warned any changes would be gradual.

"We know and understand that if we were to open up with numbers anything like what we have had, even with a really positive trend, then those numbers will explode," he told reporters in Melbourne.

"You will lose control of this again."

A further 41 fatalities were added to the state's death toll, mostly in aged care facilities that have been devastated by the outbreak.

Protective equipment in high-risk workplaces, mandatory masks in public and physical distancing will be key to any reopening strategy, according to a government statement.

Even when restrictions are eased, Victoria is likely to remain sealed off from the rest of the country, where most regions are recording few or no new daily cases.

Meanwhile, an outbreak at a youth detention centre in Brisbane has led the Queensland state government to put prisons into lockdown and cancel a huge annual school-leavers celebration on the nearby Gold Coast.

Australia has recorded almost 26,000 cases in total and 652 deaths from the virus to date. The vast majority were detected in Victoria in recent months, after the country's initial success in containing the virus.