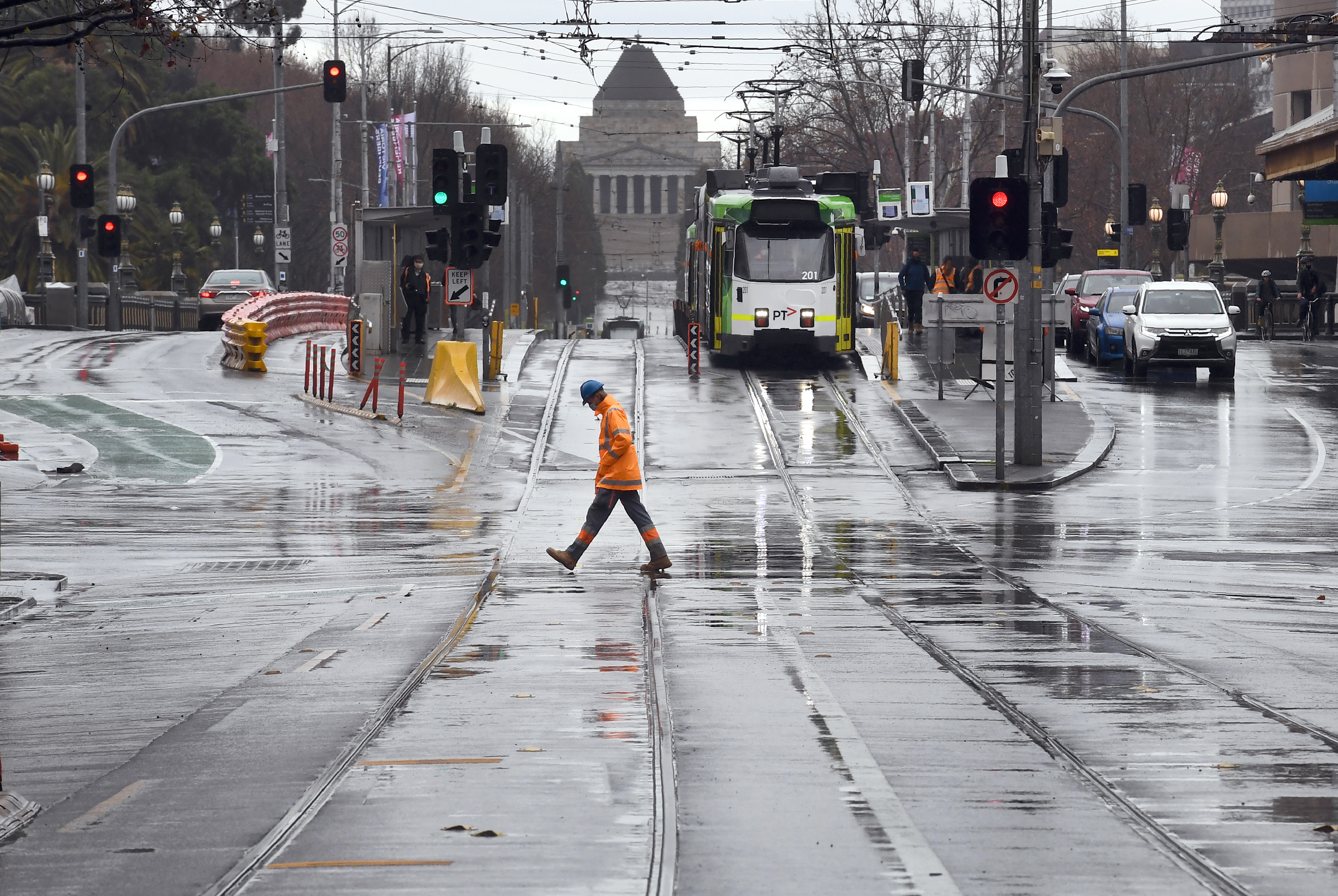 A worker crosses the street in Melbourne's central business district on August 19, 2020, as the city battles an outbreak of the COVID-19 coronavirus. (Photo: AFP)

While vaccinations are already well underway in many countries, Australia's pharmaceutical authority is not expected to rule on candidate drugs for around another month, and is aiming to administer the first doses by the end of March.

Pressed about that seemingly sluggish timetable, Morrison -- who early in the pandemic boasted Australia would be "at the front of the queue" for any vaccine -- suggested virus-ravaged countries like Britain had been forced to take risks with emergency approvals.

"Australia is not in an emergency situation like the United Kingdom. So we don't have to cut corners. We don't have to take unnecessary risks," the conservative leader told local radio 3AW.

Australia had largely eliminated community transmission but is currently battling to contain small clusters of the disease in the country's biggest cities, Sydney and Melbourne.

Around 26 people are currently in hospital nationwide with the disease.

He said Britain, with almost 60,000 cases of Covid-19 a day was "in the very early phases" of the vaccine rollout and "they've had quite a few problems, and they're doing it on an emergency basis".

"They're not testing batches of vaccines before they're disseminated across the population, is my understanding," Morrison said, insisting Australia would carry out such testing.

The Australian premier has for weeks said that mass-vaccination efforts in Britain, the United States and elsewhere would provide Australia with more data about the safety of the vaccines than clinical trails could.

Australia -- with a population of around 25 million -- has agreed to buy almost 54 million doses of the University of Oxford/AstraZeneca vaccine, with 3.8 million to be delivered early this year.