SYDNEY, May 5 (Xinhua) -- Australia's national airline Qantas on Tuesday extended international flight cancellations till the end of July, but said that it was in a strong position to endure disruptions caused by COVID-19. 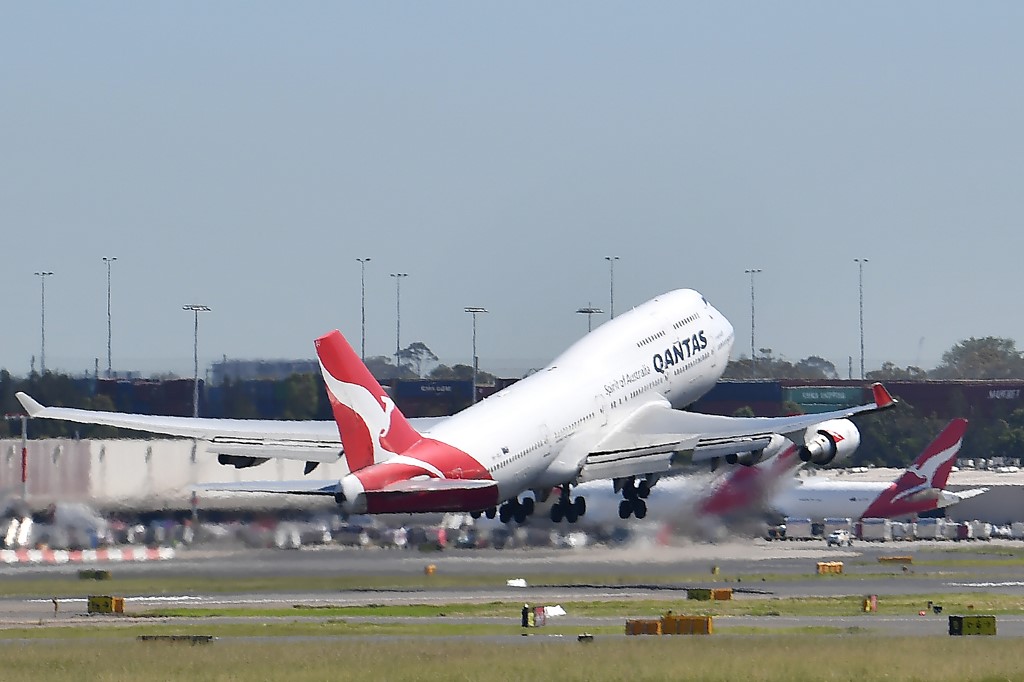 A Qantas Airways plane takes off at Sydney Airport in Sydney on March 19, 2020. (Photo: AFP)

"Australia has done an amazing job of flattening the curve and we're optimistic that domestic travel will start returning earlier than first thought, but we clearly won't be back to pre-coronavirus levels anytime soon," Group CEO Alan Joyce said.

"With the possible exception of New Zealand, international travel demand could take years to return to what it was."

The company, which includes budget branch Jetstar, also revealed it had secured a further 550 million Australian dollars (354.3 million U.S. dollars) in debt funding, placing it in a stronger position to endure the COVID-19 crisis.

According to Qantas, by reducing expenditure and borrowing against its fleet of aircraft, the company could survive several recovery scenarios, including one where current travel restrictions persisted until December 2021.

The reduction in expenditure is largely due to the standing down of more than 25,000 staff who were forced to use leave entitlements before receiving delayed financial assistance from the government.

"The impact of this stand down is deeply regrettable but has been greatly softened by the Australian Government's JobKeeper program, which the Group commenced paying several weeks ahead of the official payment start date," the airline said in a statement.