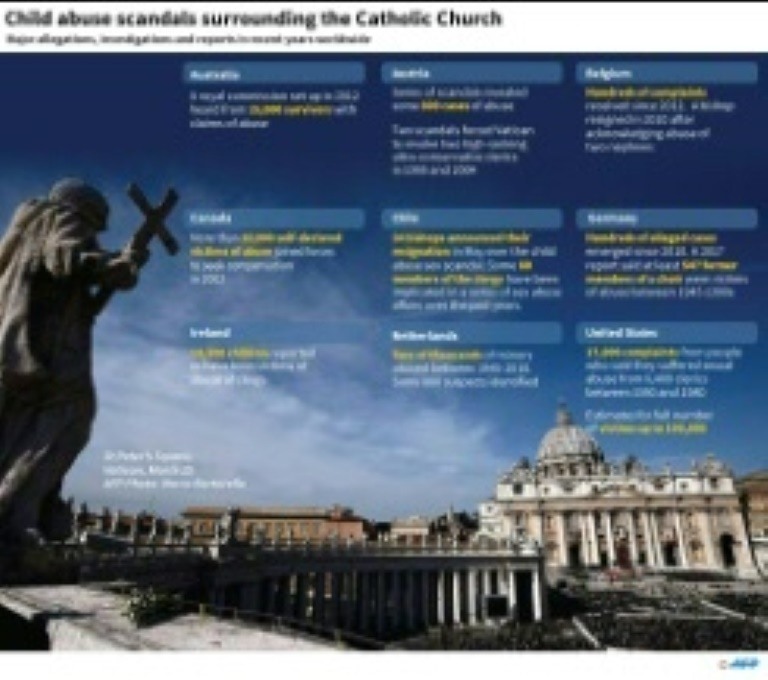 An Australian archbishop was Tuesday found guilty of covering up child sex abuse in the 1970s -- one of the highest-ranked church officials globally to be successfully prosecuted for such offences.

Adelaide Archbishop Philip Wilson, 67, was accused of concealing abuse by notorious paedophile priest Jim Fletcher in the Hunter region of New South Wales state by failing to report the allegations.

He denied the charges and his legal team made four attempts to have the case thrown out, arguing Wilson's diagnosis of Alzheimer's should preclude him from trial -- even though it did not prevent him retaining his position in the church.

Magistrate Robert Stone found him guilty at Newcastle Local Court of concealing a serious indictable offence of another person, with the archbishop facing a maximum of two years in jail. Sentencing will be at a later date.

"I am obviously disappointed at the decision published today," Wilson said in a brief statement.

"I will now have to consider the reasons and consult closely with my lawyers to determine the next steps."

There was no dispute that Fletcher, who is now dead, sexually abused altar boy Peter Creigh, with the hearing focused on whether Wilson, then a junior priest, was told about it.

The Australian Broadcasting Corporation reported from the court that Stone found Creigh, who broke down in tears after the verdict, to be a truthful and reliable witness.

Stone added that he did not accept Wilson could not remember a 1976 conversation in which Creigh described the abuse in detail, saying he "had no motive or interest to deceive or make up the conversation".

Peter Gogarty, another Fletcher victim, told ABC he hoped the verdict would "open the doors for other jurisdictions to start looking at trying to prosecute people who deliberately looked after their institution and, literally, threw children to the wolves".

The charges, laid in 2015, stemmed from the work of Strike Force Lantle, which since 2010 investigated claims of child abuse concealment by former and current clergy attached to the Maitland-Newcastle Diocese of the Catholic Church.

Wilson grew up in the area and was a priest in Maitland before Pope John Paul II appointed him Bishop of Wollongong in 1996. Five years later he became the Archbishop of Adelaide.

His conviction is another headache for Pope Francis, whose papacy has been haunted by allegations of sex abuse among Catholic priests.

Several members of the Chilean church hierarchy are accused by victims of ignoring and covering up child abuse by Chilean paedophile priest Fernando Karadima during the 1980s and 1990s.

Australia has also been plagued by the issue with a national inquiry into child sexual abuse ordered in 2012 after a decade of pressure to investigate widespread allegations of institutional paedophilia.

Mark Coleridge, president of the Australian Catholic Bishops Conference, a national body used by bishops to address issues of national significance, said Wilson had yet to decide whether to appeal.

"The Catholic Church, like other institutions, has learned a great deal about the tragedy of child sexual abuse and has implemented stronger programs, policies and procedures to protect children and vulnerable adults," he said.

"The safety of children and vulnerable adults is paramount for the church and its ministries."