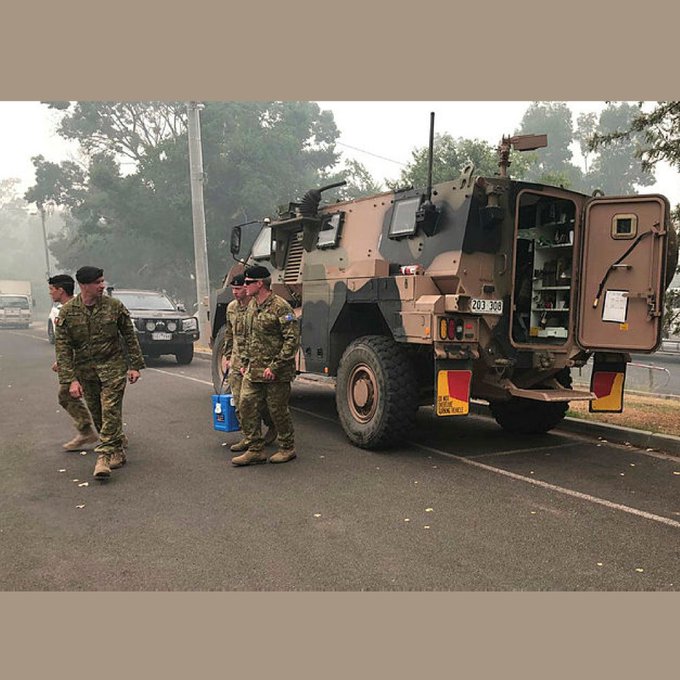 CANBERRA, March 26 (Xinhua) -- The Australian Army is preparing to deploy reservists to assist with the Australian Defence Force's response to coronavirus.

The Guardian Australia on Thursday published an email sent by Carmen Sieger, the acting director of the directorate of contingent workforce management army, earlier in March in which Sieger called on reservists for help if they had the willingness and capacity for work "likely to result from our current environment."

It would be the second time in 2020 if reservists will be deployed in response to the crisis.

The other time that such action has been taken was at the height of Australia's bushfire crisis in January when about 3,000 reservists were deployed to help with recovery.

In the email Sieger asked reservists to provide their skill set as well as the type of work they would be willing to do.

"This is normal practice for Defence - to plan and prepare for support to Commonwealth, state and territory authorities in times of need," a spokesperson for the defence department told the Guardian.

"We are focused on ensuring the continuity of our essential tasks and functions to enable us to respond to, and sustain, current and potential commitments."

Minister for Defence Linda Reynolds, who previously served as the Army Adjutant General, on Monday announced an escalation of the ADF's role in Australia's response to the virus.