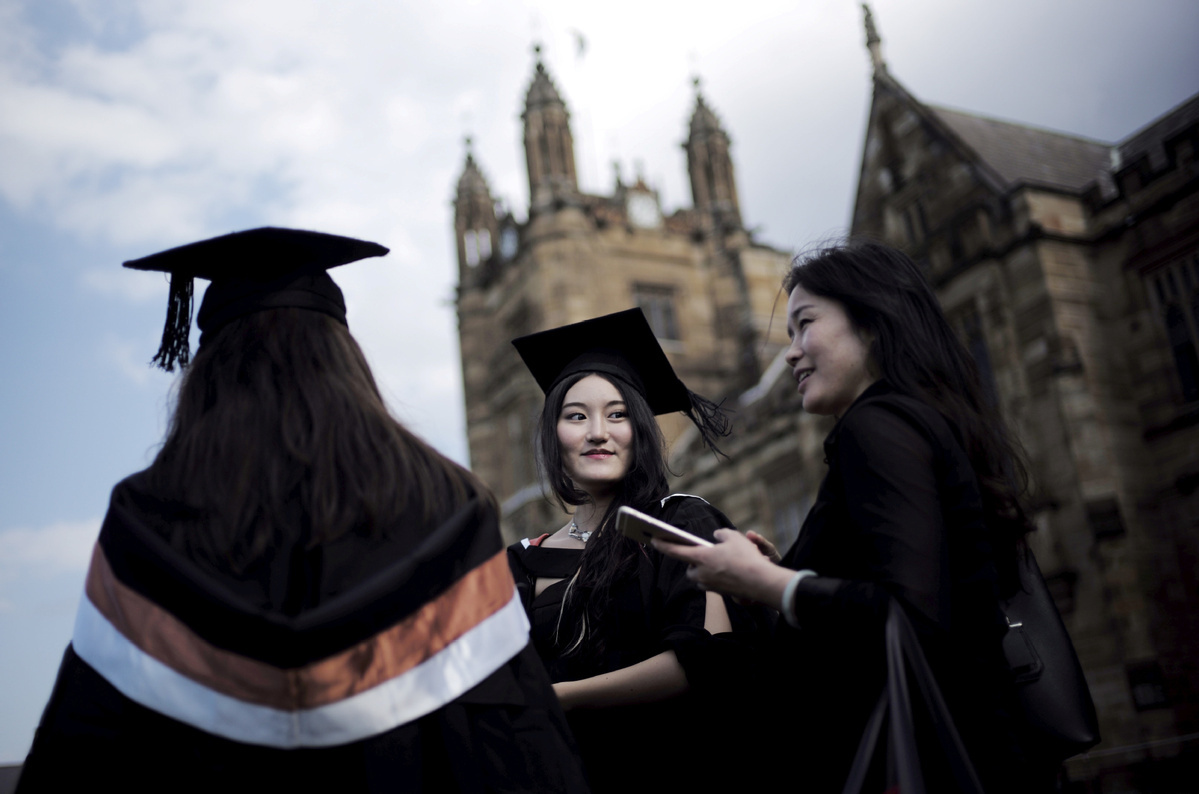 A university student wears her mortar hat following her graduation ceremony from the School of Commerce at the University of Sydney in Australia, April 22, 2016. (Photo: Agencies)

Australia Welcomes You. This is the main message from the Australian business community and tertiary education sector, which have come together in a major advertising campaign on English and Chinese social media sites.

The campaign hopes it can reassure prospective tourists and students that Australia is safe and welcoming.

On July 7, the Australian government issued a travel advisory warning Australians in China that they "may be at risk of arbitrary detention in China" and said Australians should not go to China. So far, Canberra has given no reason for the warning which surprised Australians living and working in China.

"This campaign aims to give a voice to business and ordinary people who want to send a simple message beyond the politics, that Australia is a safe and welcoming country, and that we value our longstanding friendship and cooperation with China," Helen Sawczak, national CEO of ACBC, told China Daily.

More than one third of all international university students in Australia come from China. Their fees alone are worth more than A$12 billion ($8.3 billion).

In the financial year 2018-19, Chinese tourists accounted for A$11.9 billion of all tourist expenditure, or more than 26 percent and three times more than the next largest Australian tourism spenders – the Americans.

A spokesperson for the University of Sydney told China Daily "we are proud supporters of this campaign because it builds on the work we are already doing to make our international students feel part of our community".

"We've made it a priority to keep our students, who are overseas, informed and encouraged throughout this crisis, including our vice chancellor, who has personally recorded a number of video messages (in Mandarin) for our students," the spokesperson said.

"When the travel ban was implemented, many of our students in Australia reached out to our students in China with their own public messages of support, encouraging them to stay strong.

"We are optimistic about the future. We have confidence in our higher education sector and believe Australia will remain an attractive destination for students from overseas, especially given the high quality of our education, the very low rates COVID-19 here, as well as our generally safe and welcoming community."