Recent market attention over whether coal will be the next commodity to be impacted by the precipitating deterioration of China-Australia relations is understandable. Although BIMCO figures indicated that Australia was the best performer among all the major coal exporters to China during the first 10 months of this year with Chinese coal imports from Australia hitting a record high of 77.4 million tons, but it is economically feasible for China to reduce Australian coal imports, significantly. 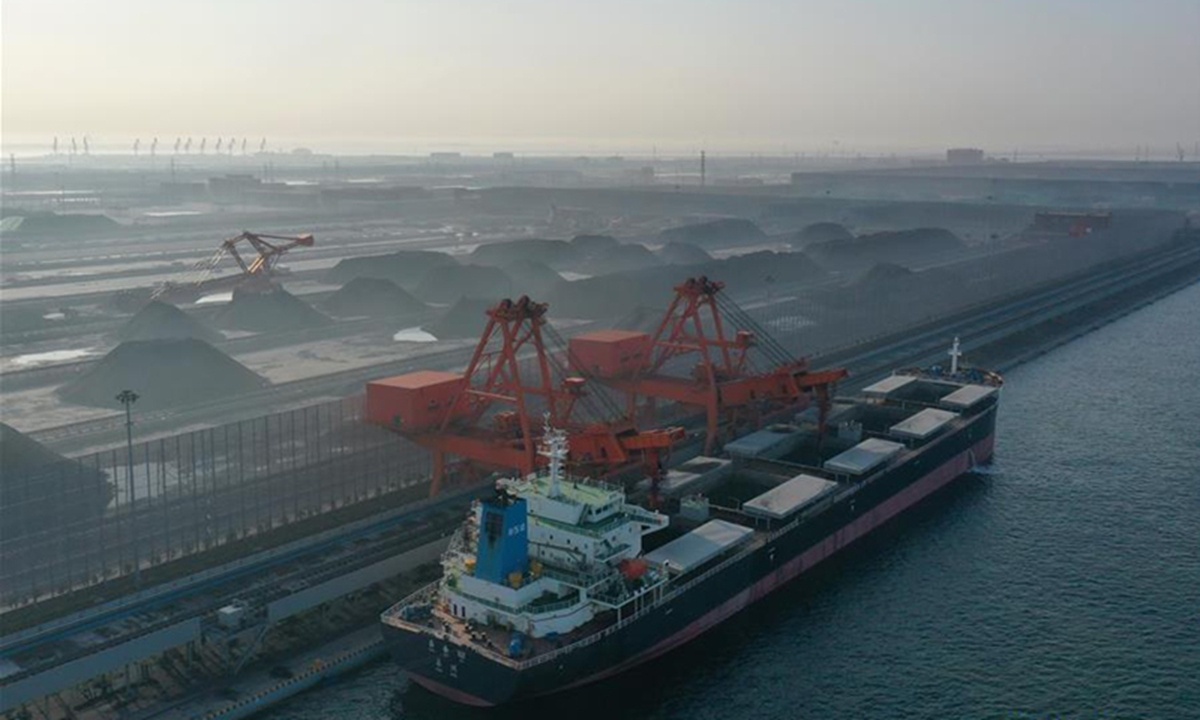 China's coal imports have steadily declined in recent months, according to latest statistics released on Monday by the General Administration of Customs (GAC). In November, the country's coal import volume continued to decline to 11.67 million tons, down about 55 percent from 26.1 million tons of imports in July, and marking the seventh consecutive month of year-on-year fall.

While seasonal factors may have played a role in the import drop, it should be noted that China's coal supply chain is currently at a critical turning point amid the country's shifting sentiment toward fossil fuels.

As China's top leadership has committed to carbon neutrality by 2060, fundamental reform measures to address China's energy mix will be worked out and implemented, pivoting towards new and clean energy sources. Naturally, Chinese authorities will continue to push forward with the elimination of domestic coal-fired power generating capacities.

Meanwhile, China itself is a major coal producer and a reduction of imports from abroad will provide opportunities for local players to fill the gap.

Moreover, it seems that China has been strengthening trade ties with other major coal suppliers, after Canberra's repetitive anti-China posturing this year has alienated the two countries.

According to the BIMCO report, Mongolia took the top spot as China's largest coal supplier in October, with imports totaling 3.9 million tons, followed by Russia with 3.5 million tons.

Indonesia also ranks highly as a major supplier of coal to this country. China and Indonesia recently signed a deal on the supply of $1.46 billion worth of Indonesian thermal coal to China. Indonesian coal travels a shorter distance to reach China, Mongolian and Russian coal can be shipped using low-cost rail transport. In addition to Australia, China has many channels to source imported coal.

Given current difficult relations between Australia and China, there exists sufficient room for downward imports adjustment if China seeks to slash coal and other commodity imports from Australia, to be substituted with less pricey imports from other countries, which could be accomplished with minimal economic disruption to China.

Over past months, China-Australia trade figures were not that bad as many would have expected, but GAC figures suggested that November marked the second consecutive month of a decline in Australian exports to China. Given the current political hostilities between the two, another cut in bilateral trade is possible, as anticipated by some observers.

Coal is Australia's second biggest export item, while China has been the world's largest buyer of coal. Incessant media reports surrounding the diminished coal trade between China and Australia has given the coal suppliers from other markets more incentive than ever to look to benefit from Australia's refusal to respect China's sovereign rights and lawful interests. Nowadays, even Canadian coal suppliers have expressed an interest in boosting shipments to China in 2021.

If Canberra stubbornly refuses to mend ties with China, Australian businesses could lose more of its market share to competitor companies of other countries, with the broad Australian workers and households set to suffer the economic pain, more acutely.