SYDNEY, April 16 (Xinhua) -- An Australian company has put the call out for volunteers in the country's first human trial of a COVID-19 vaccine, expected to take place in coming weeks.

Clinical research company Nucleus Network revealed on Wednesday it would test the effectiveness and safety of a Recombinant Spike Protein Nanoparticle vaccine, NVX-CoV2373, developed by U.S. based biotechnology company Novavax.

Dr. Paul Griffin, an infectious diseases physician and microbiologist from Nucleus Network told Channel Nine News on Thursday that the human trial procedures would involve four phases, following strict protocols to make sure it was safe and effective before being released to the public.

"We still have to progress through all the stages of clinical trials and we have to make sure it is safe and effective before we proceed," Griffin said.

According to the Nucleus Network, phase one of the trial was expected to begin in mid-May with preliminary results of effectiveness and safety available in July.

Griffin said it would take roughly 12 to 18 months from now before the vaccine could be released to the public.

A small group of healthy volunteers would be recruited for the trial to test the effectiveness of this vaccine and according to Griffin, there was absolutely no chance that they could be infected with the disease by taking part.

The World Health Organization estimated at least 20 other COVID-19 candidate vaccines are in development around the world. 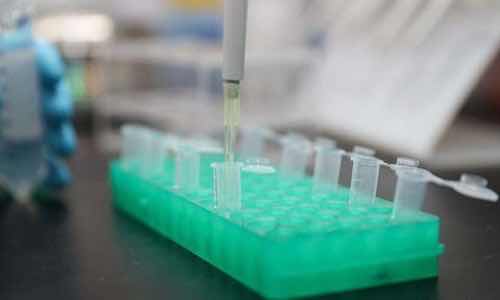