An Australian court on Tuesday rejected a challenge to the federal government’s draconian power to prevent most citizens from leaving the country so that they don’t bring COVID-19 home. 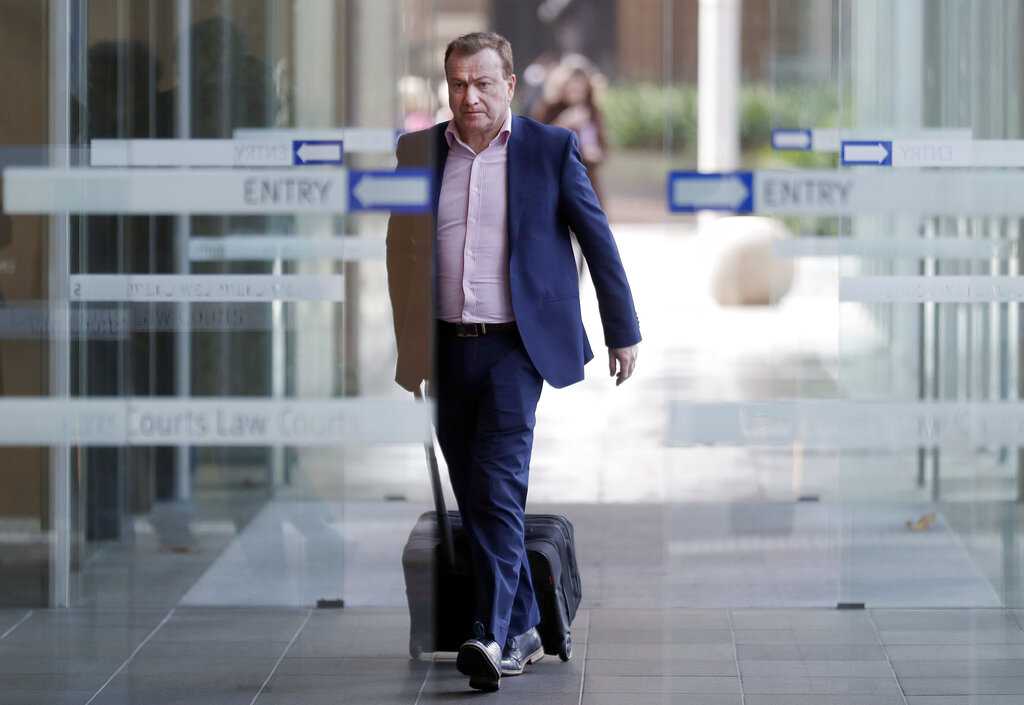 In this May 6, 2021, file photo, Andrew Cooper, founder and president of libertarian group LibertyWorks, arrives at Federal Court in Sydney. An Australian court on Tuesday, June 1, 2021, has rejected a challenge to the federal government's draconian power to prevent most citizens from leaving the country so that they don't bring COVID-19 home. (Photo: AP)

Australia is alone among developed democracies in preventing its citizens and permanent residents from leaving the country except in “exceptional circumstances” where they can demonstrate a “compelling reason.”

Most Australians have been stranded in their island nation since March 2020 under a government emergency order made under the powerful Biosecurity Act.

Libertarian group LibertyWorks argued before the full bench of the Federal Court in early May that Health Minister Greg Hunt did not have the power to legally enforce the travel ban that has prevented thousands of Australians from attending weddings and funerals, caring for dying relatives and meeting newborn babies.

LibertyWorks lawyer Jason Potts argued that Australians had a right to leave their country under the International Covenant on Civil and Political Rights that Australia had ratified.

But the three judges ruled that submission was based on the “erroneous premise that the right is absolute.”

The judges ruled that that interpretation of the law would frustrate Parliament’s clear intentions when lawmakers created the emergency powers in the Biosecurity Act in 2015.

LibertyWorks President Andrew Cooper did not immediately respond to a request for comment on the ruling.

He had expected hundreds of thousands of Australians to fly within weeks if he had won.

Critics of the emergency order argue it is harshest for the 30% of Australians who were born overseas.

The Australian newspaper published a survey last month that found 73% of respondents said the international border should remain closed until at least the middle of next year.

Australian Broadcasting Corp. last week reported its own survey had found 79% of respondents agree the international border should stay shut until the pandemic is under control globally.

Critics of the Australian travel restrictions argue that decisions on who can travel and why are inconsistent and lack transparency.

Esther and Charles Baker, an ultra-Orthodox Jewish couple from Melbourne, were twice refused exemptions to fly to New Jersey to attend their youngest son’s wedding in June last year.

They appealed to the Federal Court, citing religious and cultural reasons among their exceptional circumstances. But a judge dismissed their case and ordered the couple to pay the government’s legal costs for their challenge.

A person at the center of a coronavirus cluster in Australia’s second-largest city, Melbourne, had been allowed to attend a wedding in India. He was not infected in that country but rather during the required 14-day hotel quarantine upon his return. Authorities say he was infected by a traveler in another room on his floor and that the virus was carried in the air.

Melbourne began a seven-day lockdown on Friday due to the cluster that by Tuesday had grown to more than 50 cases.

Australia and New Zealand opened a quarantine-free travel bubble in April and hope to create such bubbles with other countries in time.