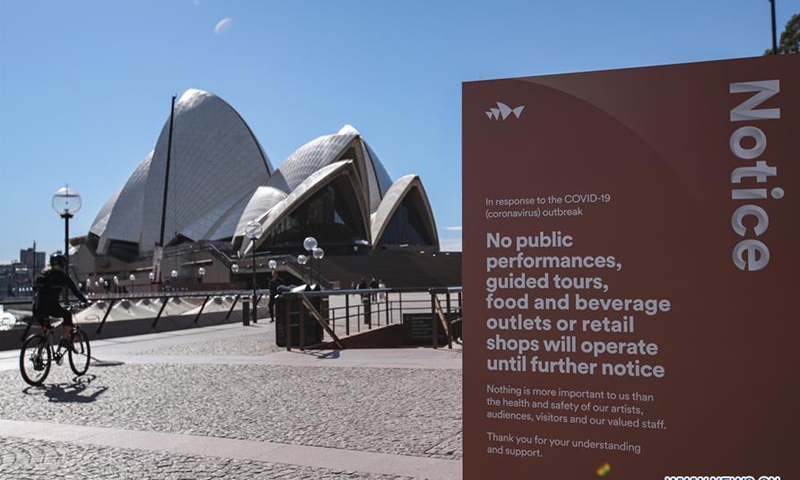 Australia has surpassed 11,000 confirmed cases of COVID-19 on Friday as the nation's death toll continues to grow.

Paul Kelly, the Australian government Acting Chief Medical Officer, said in an update on Friday afternoon that the number of new cases in the past 24 hours was 438 and there were three more deaths, bringing the national death toll to 116.

Of the new cases, Victoria has set a new record for its biggest daily increase in cases for the second consecutive day with 428. The state's net increase in cases was 415 after 13 previously diagnosed cases were reclassified.

The number of cases nationally has increased almost 20 percent in the seven days since July 10 while the death toll has climbed by 10.

Speaking on Friday, Prime Minister Scott Morrison said that an alleged breach in the hotel quarantine system responsible for the spike in cases across Melbourne was "very serious."

"It's a reminder of the need to keep on with the social distancing. To keep on with all those other protections," he told Nine Network television.

"If those who are proposing an eradication strategy, well, if you get a breach in quarantine that doesn't matter. It will just seep out into the community.

"The only thing that matters is getting on top of this.