Heavy rainfall was forecast to ease across Australia's east coast but floodwaters will linger for days across New South Wales state where 15,000 people were nervously waiting on Tuesday for potential orders to evacuate. 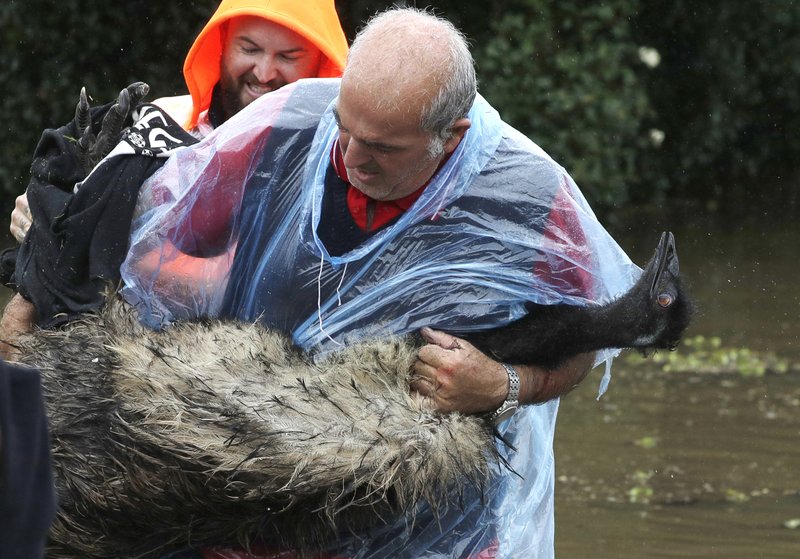 Some 18,000 residents of Australia's most populous state have fled their homes since last week, with warnings the cleanup could stretch into April.

Some parts of the state had recorded two-thirds of their annual rainfall in less than a week.

Prime Minister Scott Morrison said the rain emergency was expected to ease by late Wednesday, but the "floodwaters remain persistent for some time."

"I'm advised that the rain and flood situation does remain dynamic and extremely complex," Morrison said.

Skies were forecast to clear over parts of Sydney and the coast to the north by late Tuesday.

"It is almost impossible to believe but we will see blue skies and sunshine just later this afternoon in western Sydney and on the Mid North Coast," government meteorologist Agata Imielska said.

"It is very important to remember that even though we'll have blue sky and sunshine returning, flooding will continue and the flood risk will continue," Imielska added.

Morrison said the New South Wales government had already requested 1,000 defense personnel to help clean up after the floods.

The flooding rain had extended along the New South Wales coast across the Queensland state border in the north and almost as far as Victoria border to the south.