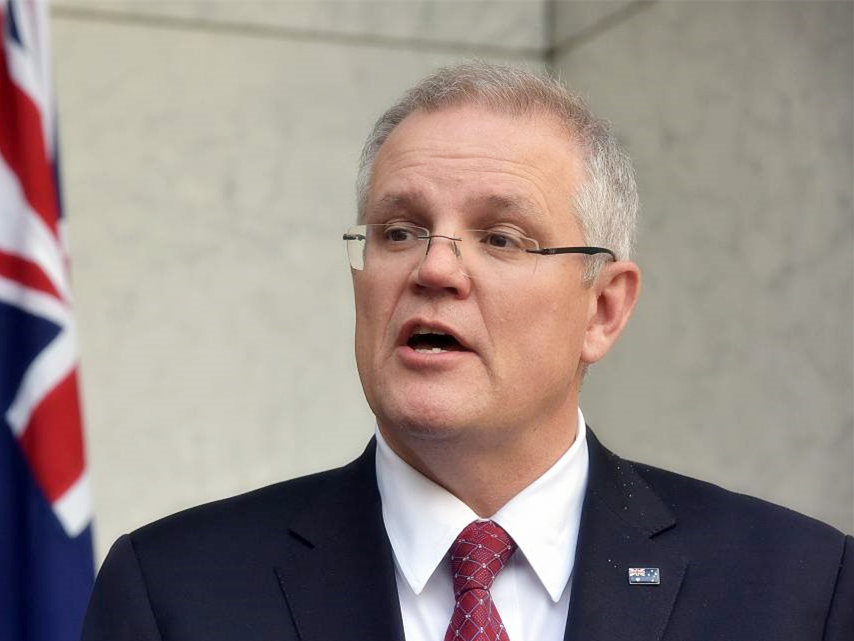 "Our government is unashamedly on the side of the women and men who run small and medium-sized businesses in this country," Morrison said in a speech on Thursday.

"And we're on the side of the millions of people they employ.

The proposal was approved by the government's Expenditure Review Committee on Thursday and will be introduced as legislation when parliament returns on Monday.

"This means that a small business that makes 500,000 AUD profit, will have an additional 7,500 AUD in 2020-21 and 12,500 AUD in 2021-22 to invest back into the business or staff, or help to manage cash flow," Morrison and Treasurer Josh Frydenberg said in a statement released on Thursday morning.

"This change will help to ensure Australian businesses are competitive, to protect our economy and jobs."

The prime minister said that whether the cuts lead to higher wages depends on the businesses that will benefit from the policy.

"But what we found last time when we provided this tax relief is that small businesses did provide support for wages in some cases," he told Australian Broadcasting Corporation (ABC) radio.

"In other cases they invested more in their businesses, because small and medium-sized businesses that's what they do. They don't just walk away and put the money in their pocket.

"This is a very big boost to businesses that employ more than half the Australian workforce, and last time they reacted very well, with strong investment and strong support for their employees, boosting employment and creating new opportunities in local towns right across the country, to our big cities."

Morrison was a driving factor behind the tax cuts during his time as treasurer and tried to extend them to big businesses but was thwarted by the opposition Australian Labor Party (ALP) and crossbenchers.

The ALP has previously argued that 27.5 percent should be the lowest corporate tax bracket but party leader Bill Shorten on Thursday did not rule out supporting the government's plan.

"We want to see the numbers. Having said that we will keep our minds open."

Speaking at the same event where Morrison made the announcement, ALP treasury spokesperson Chris Bowen said he would make a recommendation to the ALP's inner sanctum on whether the party should support the policy "expeditiously."

"We obviously care deeply about the certainty of the tax system and we want to support small business," he said.

"The government has made a policy announcement today, the appropriate thing for us to do is consider it carefully."