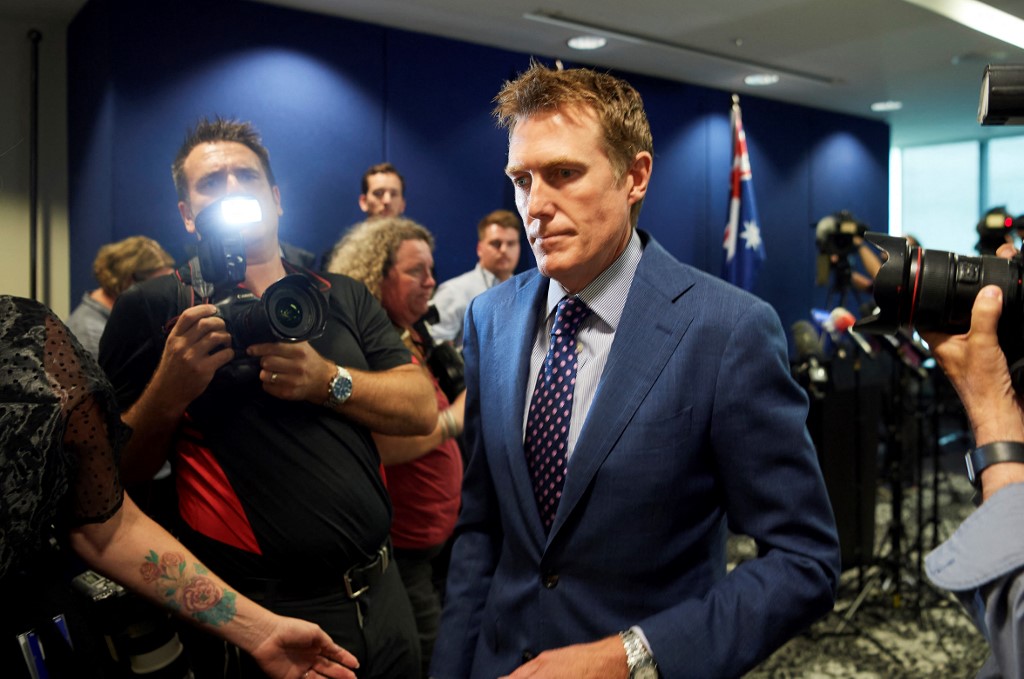 Australia's attorney general Christian Porter leaves a press conference in Perth on March 3, 2021, after he outed himself as the unnamed cabinet minister accused of raping a 16-year-old girl. (Photo: AFP)

Porter on Wednesday identified himself as the minister accused of raping a 16-year-old girl in 1988, when he was 17, and denied the allegations, declaring that it "simply did not happen."

The New South Wales (NSW) Police have closed their investigation into the allegations, citing insufficient admissible evidence after the alleged victim took her own life in 2020.

However, independent Member of Parliament (MP) Zali Steggall said on Thursday that there was "a chain of events that needs to be investigated."

"The role of Attorney-General requires the utmost faith. The Australian public must have confidence that the highest legal officer in the land is a fit and proper person for the role and I do think the prime minister needs to lead on this," she told Nine Network television.

"The police were unable to get a proper statement from her and sadly she then took her life so there's a chain of events here that I think should be investigated."

Steggall was joined by Malarndirri McCarthy, a senator for the opposition Labor Party, who said that there were questions that remained "unanswered."

"I'm saying that there are too many questions that still remain unanswered and only an independent inquiry could actually open up the opportunity to have a lot of those questions answered," she said.

In response, Treasurer Josh Frydenberg on Thursday said that the government had no intention of establishing such an inquiry and threw his support behind Porter to remain as the AG.