CANBERRA, Jan. 17 (Xinhua) -- Australian federal government has announced that it will schedule 20 flights to repatriate citizens and residents stranded overseas amid the coronavirus pandemic. 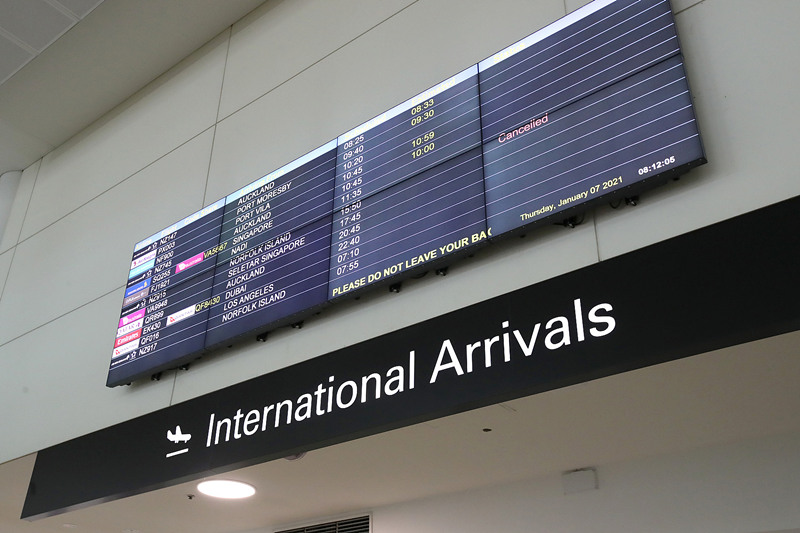 As of Sunday afternoon, there had been 28,708 confirmed cases of COVID-19 in Australia, and the numbers of locally and overseas acquired cases in the last 24 hours were six and 13 respectively, according to the latest figures from the Department of Health.

Simon Birmingham, the Minister for Finance and Acting Foreign Minister, announced on Saturday that the 20 flights would depart "priority areas" from January 31 to March 31.

Passengers will be taken to the Howard Springs facility in the Northern Territory or hotels in Canberra and Tasmania to complete their mandatory 14-day quarantine periods.

More than 35,000 Australian residents and citizens overseas have registered with the Department of Foreign Affairs and Trade to return to the country but have been unable to do so because of international arrival caps instituted to prevent the hotel quarantine system from being overwhelmed.

The national Cabinet, which consists of the prime minister and state and territory leaders, earlier in January cut the international arrival cap by about 2,000 travellers per week.

Birmingham said that the repatriation flights, which will depart from Britain, India and Europe, would not count towards the cap on arrivals.

"This will create additional places for Australians to get home over and above those caps by transporting people into locations that are willing to work above those caps on a case-by-case basis," he said.

Prime Minister Scott Morrison has come under criticism for failing to deliver on his promise of having all Australians home by Christmas on December 25.