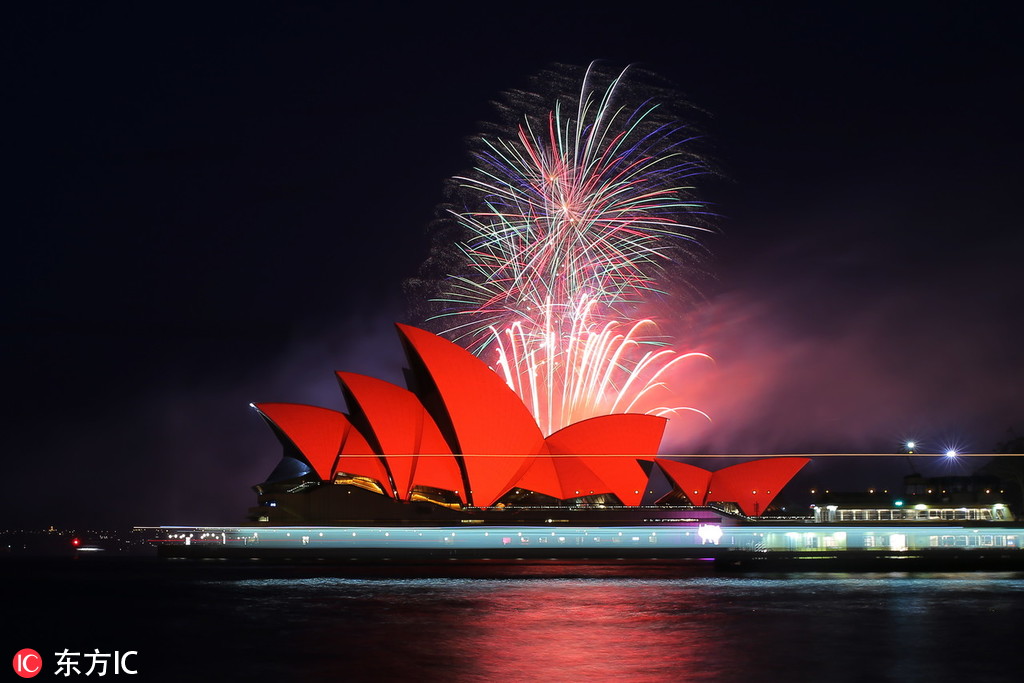 Fireworks explode behind the Sydney Opera House as it glows red as part of celebrations for Chinese New Year in Sydney, Australia, Feb 4, 2019. (Photo: IC)

CANBERRA - The Australian government has revealed its plan to address unsustainable population growth in major cities by boosting that of regional areas.

It includes cutting the nation's annual permanent migrant intake from 190,000 to 160,000, incentivizing new migrants to live outside major cities and investing 75 billion Australian dollars ($53 billion) in road, rail and air infrastructure across the country.

In addition to the infrastructure funding, the government also plans to connect cities to major regional hubs.

"These changes are about easing population pressures in our biggest cities, while ensuring regional communities are given a much needed boost," the senior government members said in a media release.

"Australia has thrived from a steady population growth and is the most successful immigration nation in the world and our plan will ensure our country continues to lead the way.

"But over the last two decades, the infrastructure and services have not kept pace, causing congestion on our roads and public transport particularly in Melbourne, Sydney and South East Queensland.

"At the same time, many of our smaller cities and regional areas are crying out for more people. Some regional areas simply cannot fill the jobs available. There are an estimated 47,000 job vacancies in regional Australia today."

Two new classes of skilled migrant visas will require 23,000 skilled migrants allowed into the country each year to settle in regional areas for at least three years before being able to access permanent residence.

Immigration is set to be one of the defining issues in May's general election and is one of the areas where the governing Liberal-National party coalition (LNP) is stronger than the opposition Australian Labor Party (ALP) in the voters' eyes according to some opinion polls.

ALP leader Bill Shorten has welcomed the new migrant cap, saying it represented a 1 percent lower than last year when the intake reduced to about 163,000.