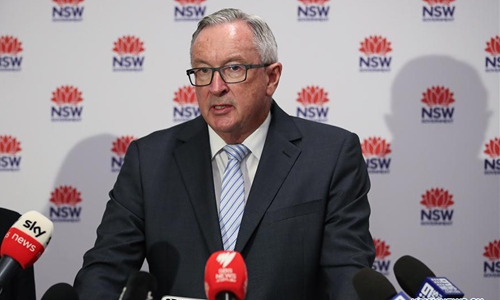 An Australian supermarket chain will start opening its doors exclusively to customers over 60 years old for one hour a day as part of an effort to ease the burden of panic-buying on the most vulnerable.

"Woolworths Supermarkets will be opening exclusively for the elderly and those with a disability to shop from 7 am to 8 am," the company said in a statement Monday.

The measure is expected to come into effect on Tuesday and run for the rest of the week, when the policy will be reviewed and potentially extended.

A run of coronavirus panic-buying has gripped Australia and several other countries, emptying shelves of basic goods, despite pleas by authorities to stop.

Experts have warned the phenomenon has hit the most vulnerable the hardest, including the elderly and those with disabilities who cannot get to shops every day or are afraid to brave thronged stores.

According to studies of COVID-19 in China, mortality rates are considerably higher for those over 60 or with pre-existing medical conditions.

A branch in Northern Ireland of the supermarket chain Iceland has announced a similar move.