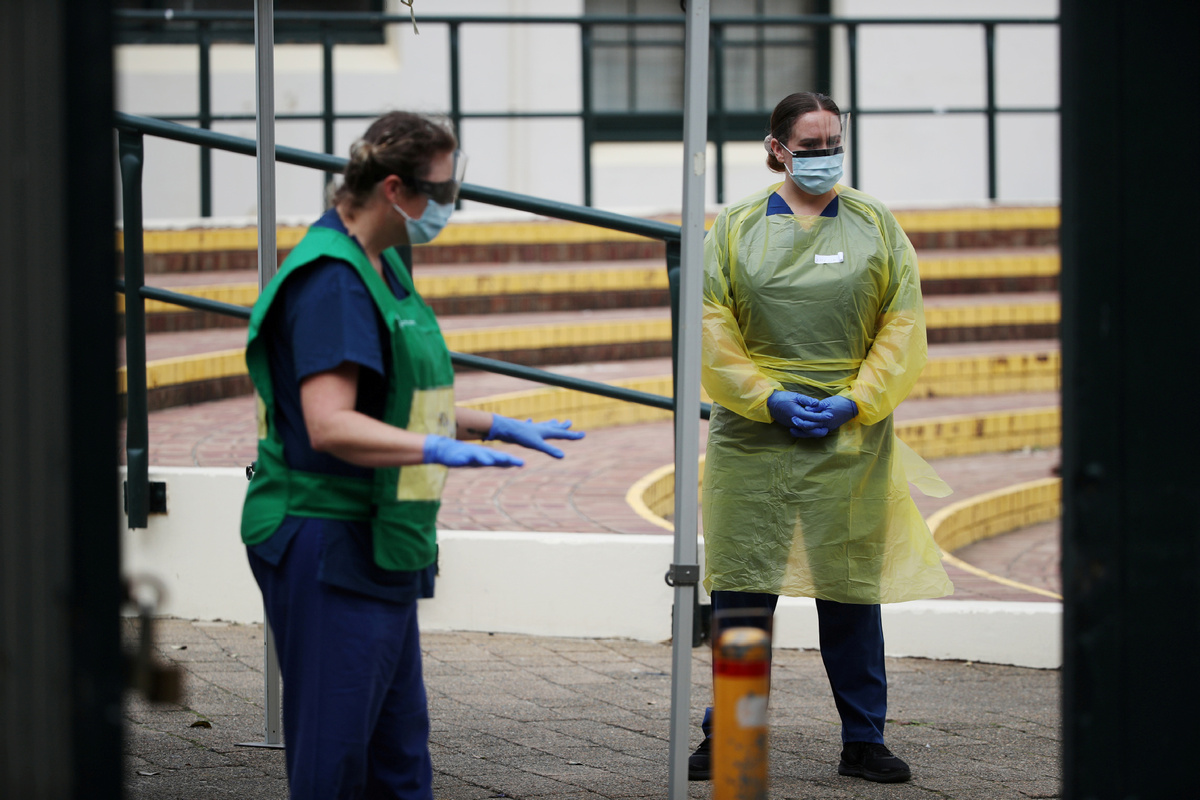 Healthcare professionals wait at a pop-up clinic testing for COVID-19 at Bondi Beach, after several outbreaks were recorded in the area, in Sydney, Australia, April 1, 2020. (Photo: Agencies)

CANBERRA - Australia Health Minister Greg Hunt described anyone violating self-isolation rules as a "disgrace," as the number of coronavirus (COVID-19) cases is about to surpass 5,000 to in the country.

Hunt urged police to "throw the book" at any recent arrivals in Australia who fail to self-isolate for the 14-day period implemented by the government, according to Nine Entertainment newspapers on Tuesday night.

It came after finding dozens of coronavirus cases that could be traced back to a group of Australian skiers who failed to self-isolate on their return from the United States in March despite testing positive for the virus.

"Some people think that the laws and, even more importantly, the notion of socially responsible behavior does not apply to them," Hunt said. "That's a disgrace. The police should feel free to throw the book at them."

There had been 4,707 confirmed cases of COVID-19 in Australia as of Wednesday morning, an increase of 7.9 percent from 4,359 on Tuesday morning.

Many of the most affluent suburbs in Melbourne and Sydney have had the highest rates of infection in Australia.

Hunt said that "the overwhelming majority of Australians are doing the right thing", again stressing that the mandatory 14-day quarantine period after overseas travel was necessary "to save lives."

"I don't care if you are rich or famous or anything else, these laws and these rules apply to everybody," he said.