Australian Home Affairs Minister Peter Dutton has tested positive for COVID-19, and the result was confirmed on Friday afternoon. 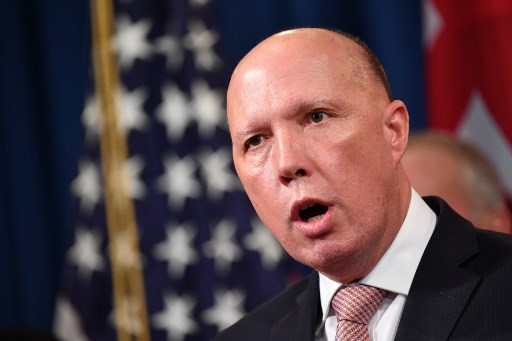 On his official twitter, Dutton wrote "this morning I woke up with a temperature and sore throat."

"I immediately contacted the Queensland Department of Health and was subsequently tested for COVID-19," he said. "I was advised by Queensland Health this afternoon that the test had returned positive."

"It is the policy of Queensland Health that anyone who tests positive is to be admitted into hospital and I have complied with their advice," said Dutton.

Dutton has recently returned from the United States. A post on his twitter page showed that he had met with U.S., British, Canadian and New Zealand officials in Washington earlier this month as part of the Five Eyes network.

As of 11:00 a.m. local time Friday, the Health Department of Australian government has confirmed 156 cases of COVID-19 in the country, including three deaths.