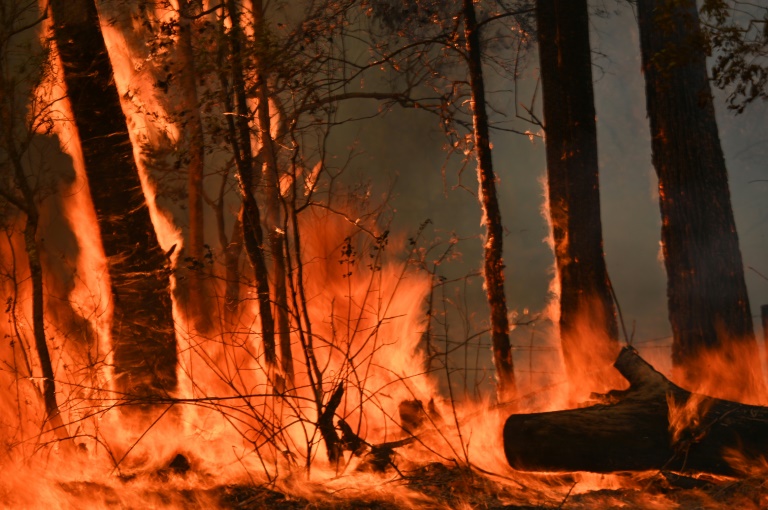 An Australian man has been accused of deliberately lighting a fire to protect his cannabis crop, sparking an out-of-control bushfire as blazes rage along the country's east coast.

Four people have been killed and more than 300 homes destroyed in devastating bushfires that have razed more than one million hectares (2.5 million acres) along the eastern seaboard in just over a week.

Police said a 51-year-old man appeared before a local court on Saturday charged with intentionally lighting a fire at Ebor in New South Wales state in an attempt to protect his cannabis crop.

The alleged bungled attempt on Thursday at backburning -- a practice used by firefighters to clear the undergrowth that fuels fires -- quickly spread the flames and the man did not try to extinguish the blaze, according to police.

The Ebor fire is about 10,000 hectares in size -- and is still burning three days later.

Authorities believe arsonists are behind several other bushfires across badly-hit New South Wales as well as in neighbouring Queensland, and have appealed to the public for information leading to more arrests.

On Sunday, there were 130 fires burning across the two states, large swathes of which have already been ravaged by a crippling drought.

New South Wales firefighters undertook backburning as temperatures dipped on Saturday night, ahead of an expected deterioration in fire conditions early next week.

Parts of Queensland were facing "extreme fire danger" as high temperatures and low humidity were forecast to combine with storms to create challenging conditions for firefighters.

Bushfire-prone Australia has experienced a horrific start to its fire season, which scientists say is beginning earlier and becoming more extreme as a result of climate change, which is raising temperatures and sapping moisture from the environment.

Growing calls to curb fossil fuels and drastically cut greenhouse gas emissions are being ignored by the country's conservative government, which is eager to protect its highly lucrative mining industry.